Ireland might be known for its incredible history, rugged landscape, and pubs, but one of their best kept homegrown secrets is Irish jeweler Nigel O’Reilly. O’Reilly now has the distinction of being the first Irish jeweler to be in Sotheby’s Important Gems Auction taking place on October 22.

O’Reilly’s relationship with Sotheby’s began last May when the famed auction house held an auction titled “In Bloom” that was all about flower. O’Reilly met Frank Everett, the head of the “In Bloom” auction and proceeded to show him some new jewelry pieces he had been working on. Everett was so impressed with O’Reilly’s work that he said he regretted not knowing about O’Reilly beforehand. Ever since then, Everett has taken a huge interest in O’Reilly’s work. This led to Everett inviting O’Reilly to be part of the October 22 auction.

O’Reilly created the upcoming pieces featured within the last year. Two of his works will be featured in the auction, one of them a flower piece and the other a piece inspired by honeycombs.

O’Reilly typically doesn’t design floral style pieces, but he wanted to see how far he could push the technical aspects of his design capabilities. His goal was to get the barring of the ruby as close to perfect as possible, in addition to perfectly color coordinating the barring and gem colors. It was truly a technical exercise for him. 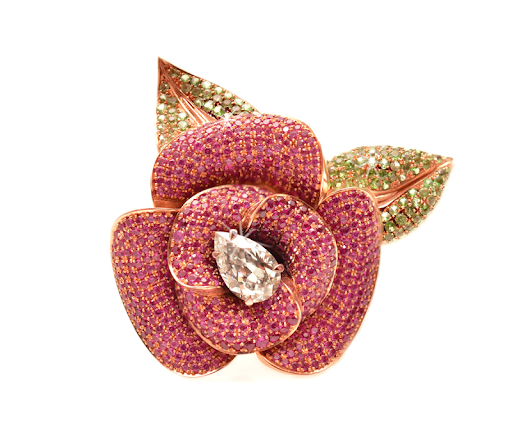 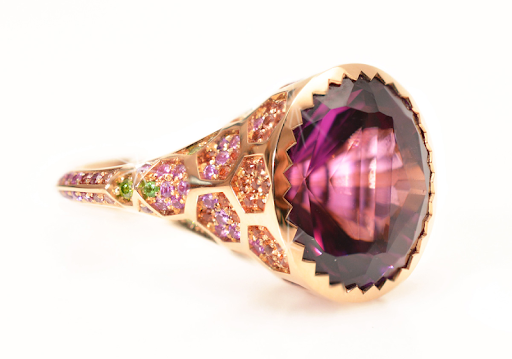 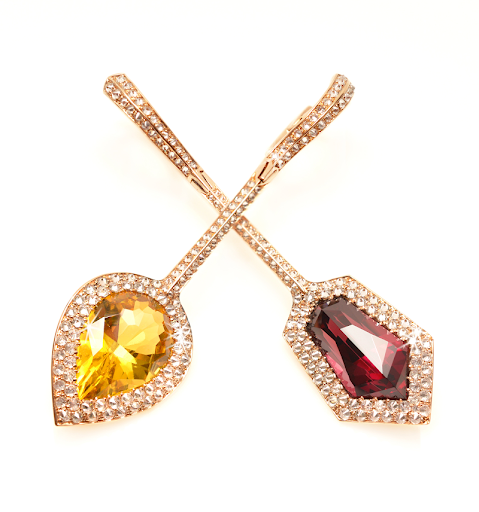