JOEY KING IS HOLLYWOODS NEWEST IT GIRL AND SAYS FU TO THE HATERS!

by VINCENT OQUENDO for THE WALL GROUP

by CHRISTOPHER NASELLI for THE WALL GROUP

Joey King has come very far from her days as a child actor. The burgeoning star is transitioning into a brilliant film and television career as she approaches her 20th birthday, most recently giving a command performance in The Act on Hulu. In the series, King plays Gyspy Rose Blanchard who murdered her abusive mother who spent her life fabricating her illnesses and disabilities to scam people.

King has proven her range and depth as an actress as she takes on these more challenging roles. At 5’4’’ she’s the little lady with the big acting range. Last year she started in The Kissing Booth on Netflix, proving her ability to take on leading lady roles in romantic comedies. From comedy to drama, King has proven she can do it all and then some.

AS IF sat down with her to discuss her recent and upcoming projects, her approach to acting technique, and her other interests and passions in addition to acting. 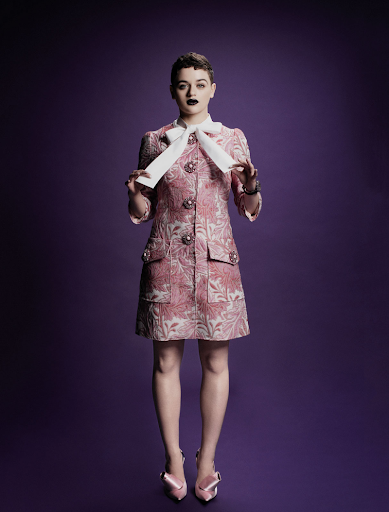 Let’s talk about your character Gypsy in The Act. Playing Gypsy was the first time you transformed yourself for a role. Tell me about the process of that transformation and the responsibilities you have of telling the story of a person who’s still alive?

People have been asking me if I am a Method actor who stayed in character on and off set, and the answer to that is no. I’m not the type of person that can do that mentally, it would take too much of a toll on me. But, there were times when I took Gypsy home and it was really hard to shake her off. I had to decompress by watching cartoons. I started the process of becoming her by getting to know her through information available online, like news articles and videos. I was really lucky that we had Michelle Dean working on the project with us. Michelle was the writer who wrote the Buzzfeed article that made the story go viral, and she was one of our producers. Michelle was on Gypsy’s side because she had a personal relationship with her, so I could turn to Michelle whenever I had any questions.

You are not a Method actor, but let’s talk about the scene in the court room. It was very emotional. How did you get to that place?

I definitely give myself about five minutes to get into a certain headspace before the camera rolls. It’s interesting because I’m playing a character I don’t have a lot in common with, so getting in that headspace takes more focus because I’m trying to relate to something that I can’t possibly begin to imagine. I was really fortunate to have such great directors, and the entire crew was so supportive that it made the process that much easier. Once I started getting into the headspace of the heavier scenes the character that I came to know took over for me—once I started going to that place my character knew what to do.

Do you prefer acting in one genre more than the any other?

My heart lies with drama. I love all genres, like comedy, but my heart lies in drama and when working in drama I feel most productive.

This is not the first time that you’ve shaved your head for a part.

The first time you did was when you were 11-years-old? 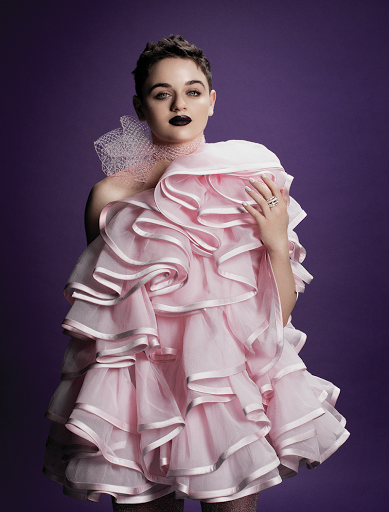 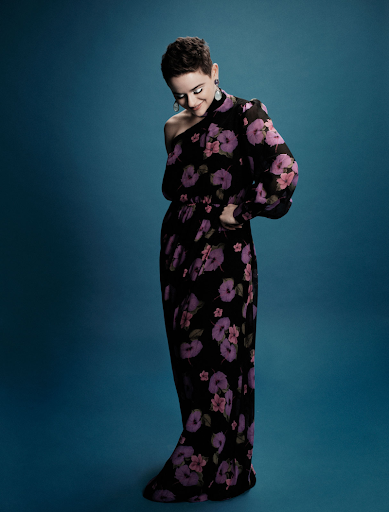 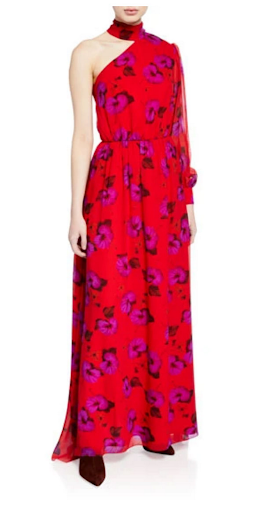 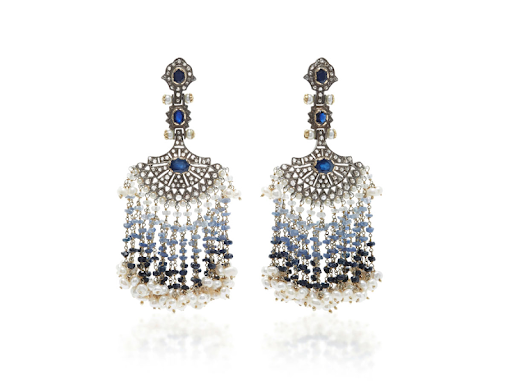 You had a lot of controversy aimed at you for doing so, and one would think in today’s day and age, where many stigmas and stereotypes are dissolving, that women could shave their head without an onslaught of negative comments.

Shaving my head again, this time for The Act, and playing a character so different than anything I’ve ever done before, helped me learn so much about myself. I have never felt happier than working on this project. Shaving my head was something I was a nervous about even though I had done it before. I don’t know what has happened to me over the years, but the negative comments people say don’t really register anymore, which I’m so thankful for because I feel beautiful, and I feel proud of myself. I feel proud of myself for being allowed to play this character and to work with actors I admire so much. I am proud that I got to tell someone’s life story to the best of my ability. This was such a great opportunity for me as an actor that it didn’t even cross my mind that people would judge me for the cosmetic aspects of the role. The reality is I’m proud of myself and happy with the way I look. It was a bizarrely enjoyable experience to be able to completely strip away all vanity and become Gypsy, so fuck what other people say, I’m proud of myself! (laughs)

What do you think we still need to learn about respecting others, especially when there is really no privacy anymore?

It’s crazy to me how much people thrive off of bullying others. If you look at the comments on my Instagram one person says something mean and another person agrees with them, and they’ll have a field day hyping each other up on how much they dislike me. It’s so crazy that people feel comfortable doing that, and they can hide behind a photo on Instagram. We have a lot to learn about kindness. I think it’s getting better as a whole, but it is not getting better on the social media front at all. I’m very fortunate that I’m a confident and happy person, because if I wasn’t these cruelties would shatter me, you know what I mean?

“My heart lies with drama. I love all genres, like comedy, but my heart lies in drama and when working in drama I feel most productive.”

You have essentially grown up in the spotlight, which helped thicken your skin.

That definitely helped, and in the past year and a half my confidence kind of blossomed. I also genuinely think there was something magical about working on The Act that I can’t describe. From my fellow actors, the crew, and everyone involved, we all became a big family and I learned a lot about what it means to be happy with who you are.

You’ve recently gotten interested in politics. What do you think a young person’s responsibilities are in America?

I think our responsibility as American citizens is very simple: vote! I also think it’s important to ask questions. As a young lady who is just now getting into politics I was so confused and lost when it came time to register to vote. People on Instagram and Twitter would write, everyone needs to register to vote, everyone needs to call their senator, etc., you know what I mean? But I didn’t know how to do it, and I didn’t know where to do it, and I didn’t know where to ask these questions. It was so confusing, and I think people are afraid to ask questions because they don’t want to look uninformed. And voting is hard too, you have to research your candidates and not just rely on the opinions of others.

If you were to run for political office what would your campaign slogan be?

That’s a fun question! My political slogan would be AS IF! (laughs). Or maybe, Vote for me, I’ll put a Six Flags in every state!

If I didn’t I’d be shocked. 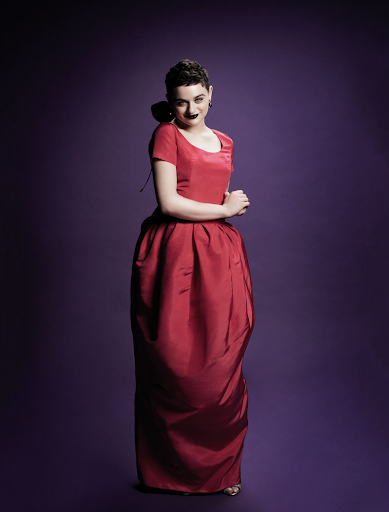 You are considered a young voice of Hollywood, what are the responsibilities that come with that?

I don’t really know? I just think I have a responsibility to myself and to the people that look up to me and follow me (on social media), to be myself. The one message I hope I can share with others is to be true to themselves.

Are there times when you just want to be anonymous?

I’ve been working really hard for 15 years, I’m 19 now, and my career has taken on a nice, steady build. So, I’ve been able to remain sane because I can go outside my door without cameras being shoved in my face.

That’s most likely going to change.

Okay, I have two kinds of perfect days. I like summer and I like winter. When it’s cold out I like waking-up in my cozies and drinking hot coffee on my couch watching The Great British Baking Show and Rick and Morty with my dog. Then I would make homemade pasta for dinner. That would be my perfect winter day. My perfect summer day would start on the beach. I love the feeling of being sun exhausted after a long day on the beach, going home, getting into my cozies and watching my favorite shows with a black licorice popsicle. That’s the best summer day! 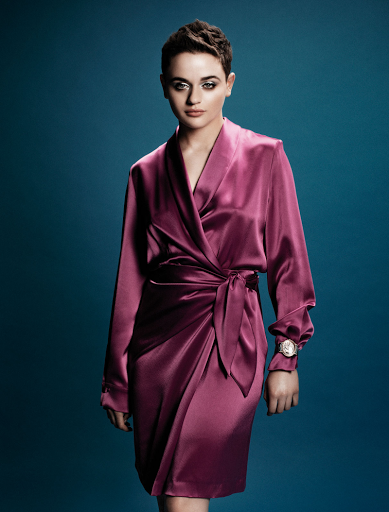 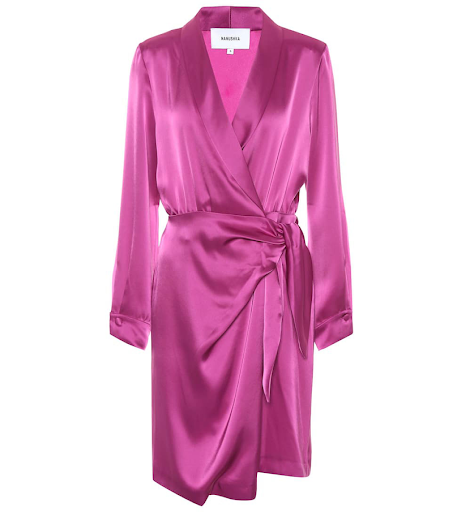 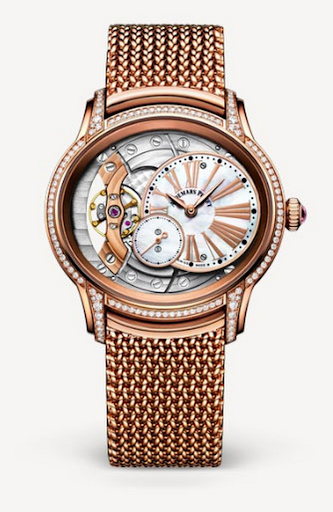 This new model features a “Polish” mesh bracelet in 18-carat pink gold for a distinctive vintage touch and a second skin feel. 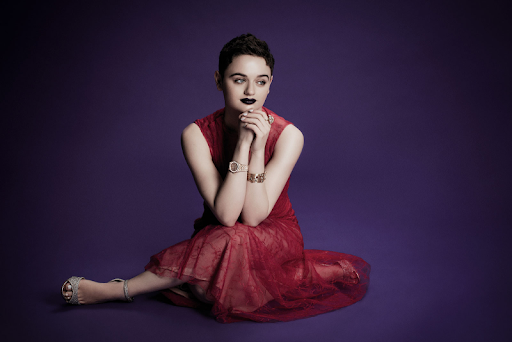 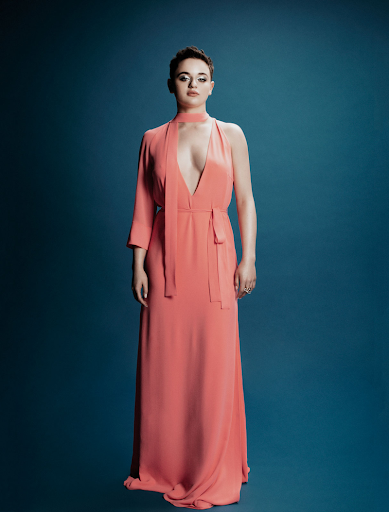 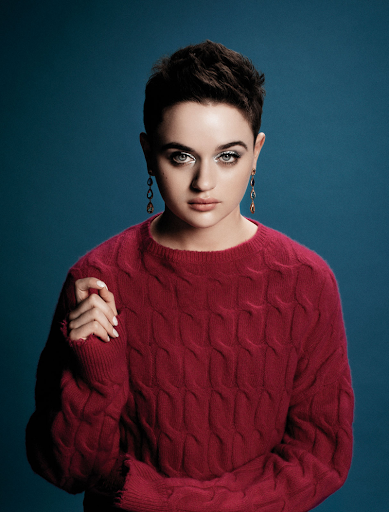 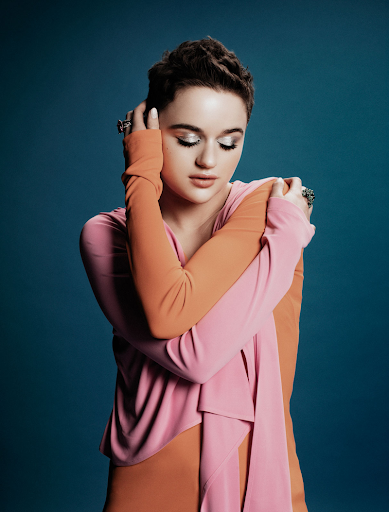 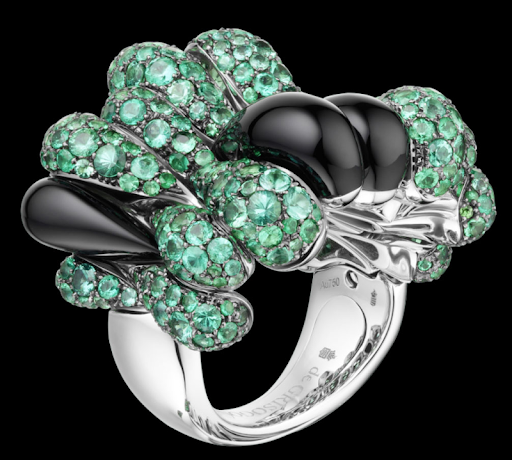 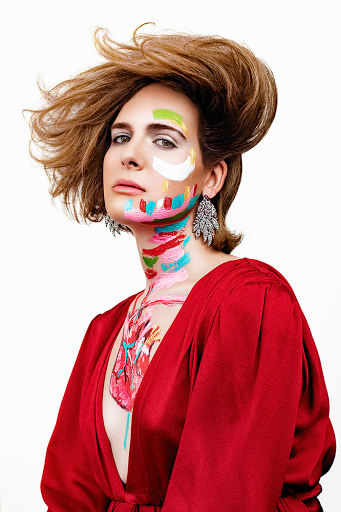 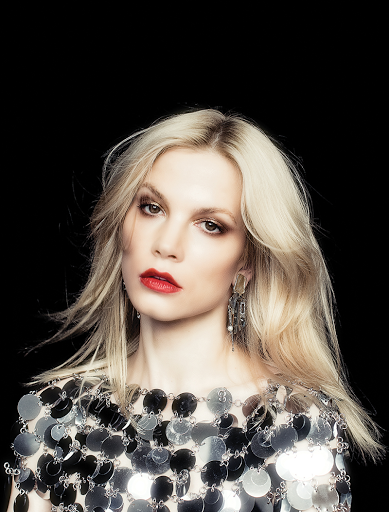 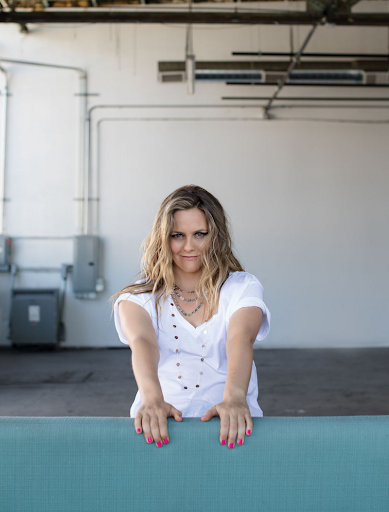