by AMY KOMOROWSKI with THE WALL GROUP

I first met actor Alessandro Nivola briefly in Los Angeles in 2000 through my boyfriend at the time. Alessandro just started dating actress Emily Mortimer, whom he would later marry in 2003. The couple had just met on the film set of Kenneth Branagh’s Love’s Labour’s Lost and were undoubtedly in love. I remember thinking how beautiful they looked together. Emily’s porcelain skin was alluringly highlighted by the contrast of her fine dark hair and welcoming hazel eyes. Alessandro’s dark hair framed delicate facial features which were marked by sharp cheekbones and piercing hazel eyes that gazed at you as though he knew you had something to hide. He seemed mischievous. She seemed sincere. They were beguiling.

I never saw Alessandro and Emily again, but I continued to follow their careers. Alessandro’s been busy in both American and UK theater, film, and television productions— Face/Off, Jurassic Park III, Laurel Canyon, Junebug, Coco Before Chanel, Selma, A Most Violent Year, Disobedience, The Art of Self-Defense, to name a handful. He has an unpredictable quality to his acting, a wildness, something which feels untamed that makes his performances captivating. However powerful his past performances have been, he has still been waiting for what actors’ call the role of a lifetime, the role that showcases what they’re really made of. Finally, that role has come in the film, The Many Saints of Newark. Chosen for the lead role by David Chase, The Many Saints of Newark is the prequel movie to Chase’s HBO award-winning series, The Sopranos. Now, two decades after our introduction in LA I had the opportunity to photograph and interview Alessandro and learn about the movie and the role which will unquestionably change the trajectory of his career. 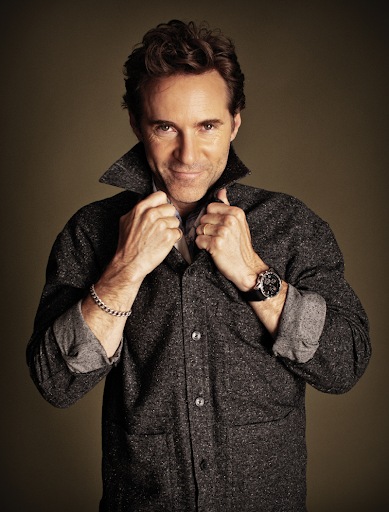