What happens behind the glamorous gates of the most exclusive fashion and entertainment parties in the world? Sure, everyone is stuck at home right now, but the nightlife scene for the the fashion, society, and entertainment in crowd was once legendary. It wasn't unheard of for there to be up to a dozen events a week sometimes from fashion boutique parties to charity galas. These were the kind of scenes most people only got a taste of from watching "Sex and the City" or "Real Housewives."

When Australian-born writer and editor Ben Widdicombe first arrived in New York City he quickly found his niche (aside from working at a hot dog stand.) He had a penchant for gossip and gatecrashing. He managed to finesse and sweet talk his way into some of the most premiere parties in New York City and spilled the dirt on everyone from top models to A-list movie stars. He's even been asked to hold an Oscar while he was out in Los Angeles.

His adventures in the world of gossip, celebrity, and style have been documented in his new book "Gatecrasher: How I Helped the Filthy Rich Get Famous and Ruin the World." Widdicombe is no stranger to the red carpet interview or being yelled at by fallen from grace movie producer Harvey Weinstein (good riddance.) The witty and humorous author managed to take a break from helping the filthy rich ruin the world to speak with AS IF Magazine about how he climbed the ranks of the gossip reporter world, the world of A-list parties, and what the world of industry parties might look like post-covid. 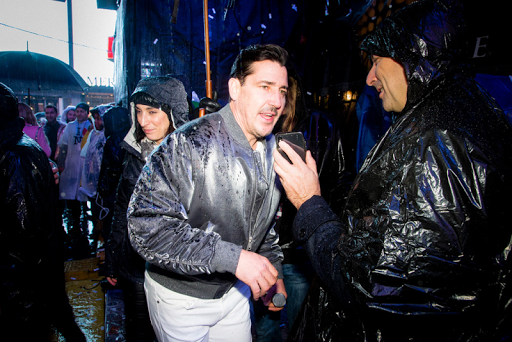 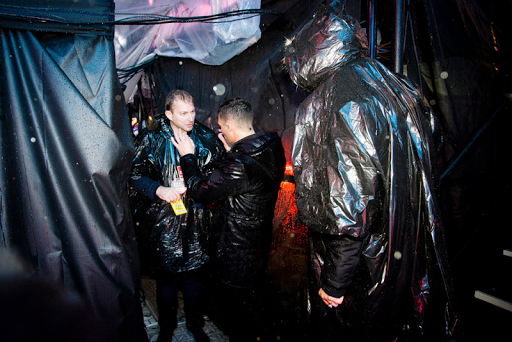 AS IF: Why did you think this book needed to be written?

Ben Widdicombe: I had gone home to Australia in 2018 to care for my mother who was having a bit of a health problem and I just had a book writing period. I just sat in my apartment for 8 months, and I hadn’t seen my mother much before then because I’d been living in New York. She got better thankfully, and I just had the time on my hands. I also had a natural pause in my career to look back at what the heck I’d been doing in New York the last 20 years.

Who do you think is going to want to read this book?

I’m hoping that it will appeal equally to those who enjoy seeing how the sausage is made in the gossip column and also those who might recognize the cultural anthropology and value in reporting on how really the trashy stuff and the shallow end of popular culture relates to the bigger picture.

How do you think the culture of celebrity has changed since your original gate-crashing days?

Every year in this country we feel like we’re in a new celebrity culture, and I’m sure that the people living in 1951 probably thought the same thing, and, yet, every year it just takes up more and more popular consciousness. Kanye West just filed the paperwork in New Jersey for his presidential run. Whether or not if he’ll make it to the actual election remains to be seen. But right now, it’s a probable political scenario that two of the leading candidates for president of the United States will be Donald Trump and Kanye West and that is just celebrity culture run amuck. It’s begun to overwhelm the political system of this country.

I one hundred percent agree. They need to stop electing reality stars and television stars to the highest office of the land. Start small like everybody else, go be a state assemblyman or state senator or something.

Well there’s no question that Donald Trump’s election in 2016 was a turning point in the the impact that popular culture has on mainstream and political culture in this country.

On the flip side of celebrity, how do you think New York society has changed since those days because you’ve been a big society editor as well?

Obviously, there’s a big story in the economy which effects both the rich and poor. The big topic has been income inequality over the last 20 years. As the two poles move further apart the rich people are withdrawing behind their walls because they don’t feel so bad about the situation that they are going give up any of their money, but I think they’re beginning to get a little bit embarrassed about it. I think they need a little privacy for how they live their lives, even though they find uses for publicity to be incredibly valuable in terms of making more money and getting political power. I do think that people are becoming a little bit more reserved as income inequality progresses and the rich are making so much more money than the average citizen of this country.

What do you think sets this generation of the entertainment society crowd apart from past generations?

Of the two big changes that I’ve witnessed after twenty years covering both entertainment and society, the first was primarily cultural, which would be the influx of reality television which replaced scripted series and was very successful. It really just began to influence the behavior of younger people I believe as the sort of mugging for attention attitude and overplaying drama became more normalized. The second, 10 years after they invented reality television, we had the invention of social media which just poured absolute gasoline on that fire. Suddenly everyone is running television studios. The kind of overly antagonistic and belligerent behaviors which we saw getting rewarded with television time on shows like “The Real Housewives” suddenly became what everyone was doing themselves at school to get likes and followers on social media. So, there’s no question that celebrity culture, because everyone is now a publisher and broadcaster, has drilled down to your average 15-year-old.

And I think ironically, they don’t realize they’re acting out that basically a script that Paris Hilton invented in 2000. Ironically, I do believe that she was a big figure in the way that the culture of self-aggrandizing developed in America.