Carré Otis is one of the biggest names to come out of the Super Model era. As one of Herb Ritts’ muses, she is the subject of some of the most iconic images from the 90s. Her wild, dark, curly hair, naturally full lips, high cheekbones, green eyes, bright smile, and rock’n body represented the ultimate woman of the decade, an unattainable Greek Goddess of mythical beauty. Her personal life was photographed at star-studded parties with Hollywood’s elite and who’s-who dinner soirées with captains of fashion, yet the outward façade of privilege and glamour belied the truth. Within the epicenter of the fashion world, Carré was physically, mentally, and emotionally abused by the very people who were supposed to protect her. Today, Carré Otis, is a blissfully married mother of two, a sought-after model and an abuse survivor turned advocate and activist for the rights of models everywhere. AS IF Magazine recently caught-up with Carré to talk about past trauma, survival, vindication, and seeking a life of love, balance, and happiness. 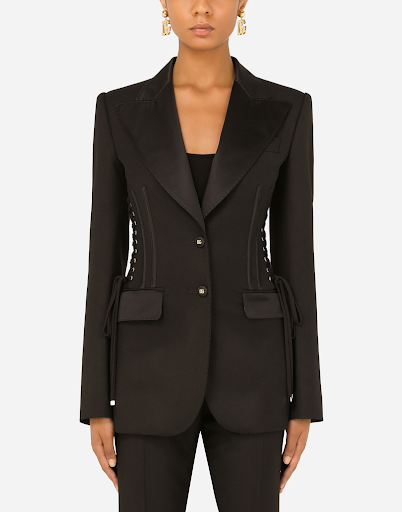 AS IF: People know you as a supermodel from the supermodel era, but not everyone knows about your incredible journey of survival. Your 2011 memoir, Beauty Disrupted revealed what you went through, but I want to address some of it now. You were a 16-year-old runaway when you were signed by Elite.

Carré Otis: I was from your typical, dysfunctional family. In the late 60s and early 70s, getting help wasn't like it is today, back then everything was behind closed doors. Due to my family dynamic, I sought another life and world for myself. I dropped out of school. I was that kid on my own and didn't have anyone taking care of me, which put me in a precarious, vulnerable situation. I was signed by Elite in San Francisco; in my worldview, there was nothing else that I could do but model. I was then sent to New York, but my career wasn’t taking off as fast as they wanted, so they sent me to Paris.

And you lived with the European president of Elite, Gerald Marie who repeatedly sexually assaulted you. As a young teenager, how did you find the strength to deal with that?

It wasn’t strength at that point, it was dissociation and survival—I had no choice. I had nothing to fall back on. I was victimized and somebody else held the keys to the kingdom—quite literally in terms of finances, a roof over my head, metro and food money, and everything else. I was in as vulnerable a position as I could have been.

What not everyone understands about the glamorous world of modeling in those “glory days” is that other people controlled your money, agents held on to your passport and decided what percentage of your wages get given to you, some agents had models sign contracts promising not to get pregnant. You were very much a kept object.

Absolutely. The lack of financial transparency, especially back then, meant that agencies can control you. I was trafficked when I was 17 and went from New York to Paris, then to Milan. I look at it more as being pimped out. All those agencies were working together. Any move I made, or anywhere that I went, there was kickback money to my mother agency, which was Elite. After Paris, I was sent to Milan where more despicable things happened. I finally decided to work in Germany and that was the only stable situation I had experienced in modeling. When you model in Paris the photographer dictated the hours and I would be working sometimes until 2 am. In Germany, you have a 9 am call and you're done by 5 pm. In Germany, I could see how the industry could work and should work in a functioning, predictable way, and recognized how radically different Milan and Paris were.

Your memoir Beauty Disrupted took the unpopular step of exposing normalized behavior of rape and violence, and you rightfully named names. You were the first woman to publicly accuse Marie, and since then close to 20 other women have come out. That was an important stepping stone in the creation of the Model Alliance, of which you are on the board. Can you tell me about the mission?

After I wrote my book, Sara Ziff, the founder of Model Alliance reached out to me. You have to remember that this was pre #MeToo movement. This was an unsavory subject nobody wanted to talk about. When I did the press tour for the book, the lack of questions or concerns about what I revealed was astonishing. Nobody was ready to listen. The Model Alliance has been instrumental in educating and speaking out about industry abuses and demanding change. The industry has started to hear us and we're making waves. The Model Alliance’s Respect Program puts forth industry standards developed by models to govern behavior, rights, payment, and recourse, as well as a detailed list of consequences and processes. We are also working on statute of limitations reform as well as have introduced a new bill called The Fashion Workers Act. Currently, models and creatives work through management companies in New York which, unlike talent agencies, escape licensing and regulation.

The Fashion Workers Act S.8638 (Hoylman) / A.9762 (Reyes) is a groundbreaking piece of legislation that will close this legal loophole by which management companies escape accountability and create basic protections for fashion’s creative workforce. (https://www.modelalliance.org/fashionworkersact)

Our industry continues to be largely unregulated and works primarily with the most vulnerable workforce: young adults and minors. We also have a support line. Everything from financial questions and agency concerns to sexual abuse and harassment can now be reported. Models finally have an actual safe place to address concerns. The Model Alliance was instrumental in organizing my particular group of survivors who suffered at Elite under Gerald Marie. When we went to Paris last September to give our testimonies to the chief of police in Paris, the Model Alliance came with us to help. The objective of my coming out, going on record, and filing under the Child Victim Act in the State of New York is to raise awareness and bring more survivors forward. Marie can walk a free man because of the statute of limitations, so we are encouraging other women who have been abused by him and within the statute to come forward.