THE TRIFECTA OF CHRISTIAN COWAN, LIL NAS X, AND SEGWAY

Every season, Christian Cowan adds to his list of star-studded collaborations that have helped put his colorful and campy fashion brand on the map. The British-born designer has collaborated with Giuseppe Zanotti, Eli Halili, The Powerpuff Girls, House of Sillage, and Bumble and Bumble in the past. The latest members to his list of collaborations are scooter company Segway and Grammy winning rapper Lil Nas X.

The collaboration virtually debuted during New York Fashion Week. 100 percent of proceeds of the merch sold from the collection on Christian Cowan’s website will go toward a new fund at the Loveland Foundation, founded by Rachel Cargle, that benefits the Black queer community in Atlanta. The ready-to-wear and merchandise from the collection will also be available on FWRD.com later this fall.

“Supporting the queer community is so important to me, but as a small brand, we don’t normally have the ability to donate a lump sum of money like this,” Cowan said. “Nas and I both saw the opportunity do something incredible together, as personal fans of the work Rachel Cargle does with the Loveland Foundation, it felt like a natural partnership. We are excited to be able to start a specific fund for black queer youth in the Atlanta community.”

This isn’t the first time Lil Nas X and Chrisitan Cowan have collaborated together. The talented two’s friendship was formed at the 2019 VMA Awards when Lil Nas X rocked Cowan’s first ever menswear red carpet look. The sparkling silver look was just part of the inspiration for this new collection that is all about individuality and expressing freedom.

The collection also takes inspiration from the British punk movement of the ‘70s, specifically when traditional venues wouldn’t permit punk or queer events. Some of Cowan’s design signatures, like check-print and bow-accented dresses, along with new designs including a Swarovski crystallized polka dot dress with feather accents, all help round out the edgy, high glamour feel to the collection. Cowan used over 400,000 Swarovski crystals for this collection.

Segway also debuted several custom blinged out Ninebot KickScooter Air T15’s in collaboration with Christian Cowan. The video campaign released for the collection also featured the yet to be released Ninebot eMoped bedazzled in pink Swarovski crystals. The Ninebot KickScooter Air T15 is the most compact, lightweight, and energy-efficient kick scooter ever introduced to navigate a city environment. The unique design is a perfect fit for all urban lifestyles and is best for last-mile transportation needs on commuting, carrying on mass transportation, and storing in cars. 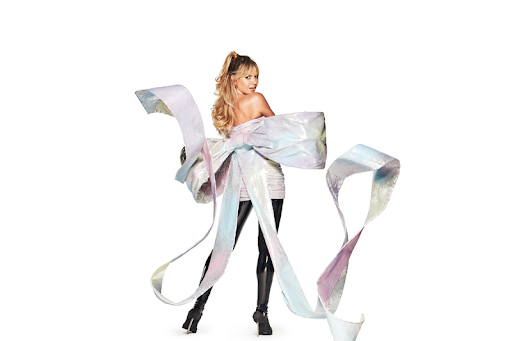 When asked about the partnership, Cowan said, “I'm so excited to be working with Segway on this partnership. Segway has given me total freedom in my design process to create special hand-crafted glitter vehicles for my muses that are part of my collection. As I'm always on the go and constantly want to choose alternatives that are more eco-friendly, I love being able to create something that not only is efficient and functional, but also fabulous.”

The video that was a part of New York Fashion Week, was filmed over three days in three different cities, New York, Los Angeles, and London. Cowan and Lil Nas X tapped their friends models, designers, activities and personalities to showcase the collection in a fashion film and campaign in lieu of a traditional runway show. “Nas and I wanted the cast to not only be a representation of the community, but also the allies and trailblazers that have been key supporters of pushing queer representation in mainstream media,” Cowan said. 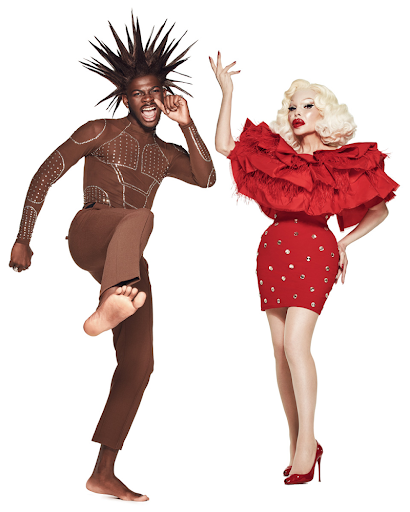