Dyllón Burnside’s acting career took a turning point when he was cast in FX’s Pose, created by Ryan Murphy and produced by writer and trans activist Janet Mock. Burnside’s character, Ricky, quickly became one of the heartthrobs of the series and the object of fellow character’s affections, breaking ground for gay romantic main characters. Throughout the series, Ricky faces love, loss, and finds himself going from boy to man in the multifaceted world of Pose that takes us into the world of ‘80s and ‘90s ballroom culture.

Burnside now wears the triple threat hats of actor, dancer, and singer. He originally got his start at age 12 in a boyband group managed by his mother called 3D with two of his cousins. The group had the privilege of touring with the likes of Stevie Wonder and Rihanna. Now, as the final season of Pose is coming to a close, the actor is out in Los Angeles making an even bigger name for himself and continuing to take on the entertainment world. His stars keeps burning brighter and there’s no slowing this tour de force down. 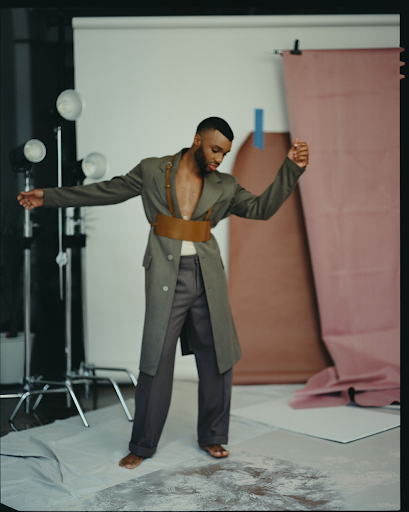 AS IF: How’s the season premiere of Pose feel?

Dyllón: It feels great. This season of Pose has been a labor of love in so many different ways. I poured blood, sweat, and tears into this role for the past three seasons. On top of being excited about wrapping up these characters storylines and seeing these arcs tied up the way that we have, it’s been such an honor and privilege to work on this show, especially in the midst of a global pandemic. It feels really good for this season to be out in the world. We started shooting season 3 of Pose in March of 2020, got shutdown by COVID-19, and then we finally wrapped in 2021.

Is it bittersweet for you with the show ending after playing this character for several years?

It’s mostly sweet at this point. The bitter part of it I have contended and wrestled with throughout filming. I’m supremely grateful for the opportunity to get to play Ricky and play opposite Billy Porter, MJ Rodriguez, and all of my cast mates on Pose. I’m so thankful to Ryan Murphy, Stevan Canals, and Janet Mock, and the other producers and writers ont his show who have championed me and believed in me and helped me bring the character of Ricky into the world.

With COVID-19 affecting production, was there anyway that storylines were affected? I know they had to cut this season shorter than others.

The cast and crew went back in October, and there was definitely some challenges in the way we had to tell the story compared to the past. Past seasons of Pose had these big epic balls, and it was a spectacle in so many ways. Season 3 has been a lot more intimate and character driven because it had to be due to COVID-19. We couldn’t go all out the way we could in past seasons, but it’s still really beautiful and it’s exactly the way I would’ve wanted the series to end. To get to know these characters more intimately and see more of their inner life and dig into their interpersonal relationships more has been very rewarding for me as an actor. I really get to dig into the way Ricky’s relationships are affected by being HIV positive. Ricky, Pray Tell, and Blanca are the only main characters on a television show who are HIV positive. To really get to deal with those issues that doesn’t get over shadowed by the larger spectacles we are used to with Pose was very rewarding. 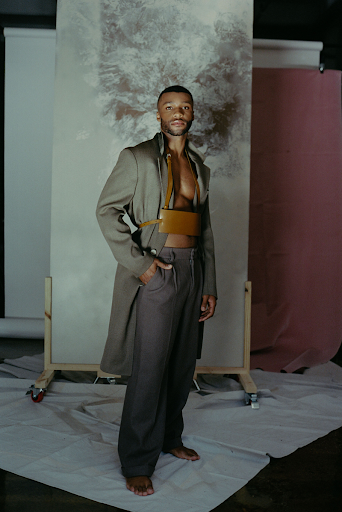