Elena Satine has been a force to reckon with as a performer since she knee high to most adults. She began her performing career in a children’s variety show in Eastern Europe, and eventually convinced her parents to let her leave her native country of when she was 11 to study at the Professional Performing Arts School in New York. After graduating from PPAS at age 16, she returned to Eastern Europe to study at the Moscow Art Theatre School before coming back to the U.S. and landing ab breakout role as Louise Ellis in ABC’s nighttime soap Revenge and femme fatale Judi Silver in Starz’s Emmy and Golden Globes nominated 1950’s set series Magic City. Satine recently made her Netflix debut starring opposite John Cho in the live-action adaptation of the cult classic anime, Cowboy Bebop. She’s making a big name for herself on the small screen. 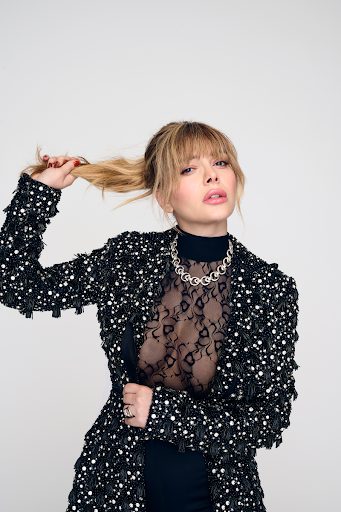 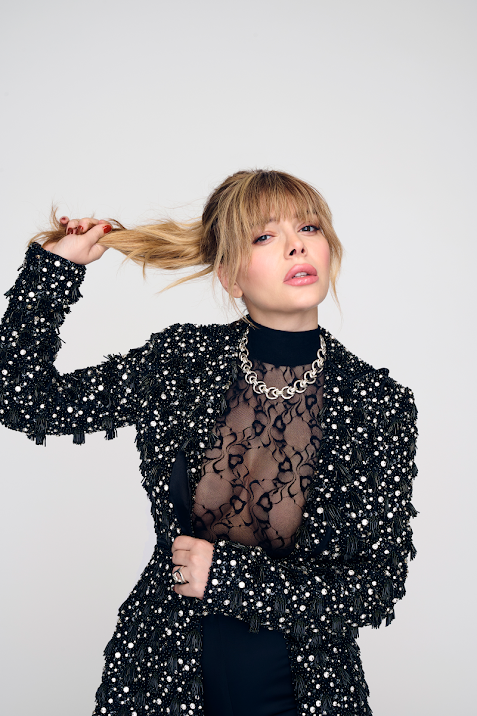 AS IF: Cowboy Bebop just dropped. Tell me how you got involved with this project.

ES: I talked to a psychic.

Yes, seriously! The psychic told me I was going to get a job that took me out of the country that started with the letter C, which I took this information with a grain of salt. Then the next day, this project dropped in my inbox, and it was Cowboy Bebop, and it was shooting in New Zealand, and I thought, ‘Wait a minute, that would be kind of cool!’ I went in and I read for it, and it was one of those wonderful organic spark moment auditions where I walked out just feeling great about what had transpired in the room. The energy was positive, so I walked out of there obviously hyped, but you must manage your expectations when you’re auditioning for something of this magnitude. Me being a fan of the anime, of course, it’s so rare for an actor to audition for something you want to get and then you get it. I tried to be chill about it. then they kept bringing me back and bringing me back, then several months later I got cast.

That was a perfect segue into my next question for you because Cowboy Bebop is such a truly iconic anime. You did mention you were a fan. Were you one of those people that watched every episode like back in the day?

I was not into anime. The person that introduced me to Cowboy Bebop 12 years ago said to me, ‘You have got to watch this anime, Cowboy Bebop.’ I said anime wasn’t my thing, and they said, ‘Even if you don’t like anime, you’re going to love this one. This one is a masterpiece!’ I sat down and I watched the whole thing, and I was just blown away by the mood, the mixture of genres, and the incredible music. It was, for me, an instant classic. I completely fell in love with it, and then over the last decade, I’ve shown Cowboy Bebop to so many people. I was a great publicist for Cowboy Bebop!

Did you feel a special responsibility to this work for that original generation of fans Cowboy Bebop fans?

A lot of thought went into this on everyone’s part, but from me especially knowing how near and dear we hold this piece to our hearts, obviously you want to not disappoint, but you want to do the work justice, you want to respect the original. At the same time, you don’t want to copy the original. You’re walking a thin line between just doing a carbon copy of something which, what’s the point of that? What’s the point of copying something when it already exists, and the copy is never going to be better than the original? However, how do we respect the original but build on it and make changes that are new and exciting and allow the fans to discover this new version of Cowboy Bebop? We were all very nervous, but we all did our research and did our best to put all our love and all our respect into this as we were filming.

What are some ways you think characters and story lines may differ different from the original anime?

I mean for me particularly Julia and Vicious’s stories are told largely off-screen. They only appear in flashbacks, and then when it's real-time it’s very quick flashes and so we don’t know a lot about these characters, they’re shrouded in mystery. When you’re making a serialized show that you hope to take into multiple seasons, I don’t think there’s a world in which keeping these characters as vague as they were would’ve worked long term. In our case, there was a backstory that was created which sort of steers away from what was in the original anime, but, again, that was one of the things that were a fresh take on the classic, and it was something that we tried, and I hope it’s a story that we get to keep telling. There’s a huge turn at the end that I think sets us up to explore some interesting story lines in season 2, should there be one.

I want to dive into talking about you and your acting career because you started as a performer on a children’s variety show back when you were in your home country of Georgia. How did you end up in NYC?

I was part of this group in Georgia which was the equivalent of the Mickey Mouse club. We sang, we played instruments, we did skits, and we toured Eastern Europe. We were popular as a children’s entertainment touring program. I started doing that when I was 6 years old until I was 11. It was a great creative outlet for me because I was a kid that from the get-go that I was a performer. I don’t think I realized that that could be a lifelong career or job, but my mom saw that was what I was drawn to and what I wanted to do. She let me audition for the show, and I got accepted, and it was a wonderful experience. It helped me work through childhood shyness.

When we came to the States, we weren’t planning on staying. Everything was going well back home. At this point, we were living in Russia. We just came to visit. I remember we went to visit New York City, and one of my mom’s friends from college was living in NYC, and I remember she said, ‘Look there’s this school for gifted children for the performing arts.’ She said if I got in, it could open a lot of doors. I begged my mom to let me audition for this, and she said sure. I don’t think she thought much of it. I went to the open call, I barely spoke any English at this point mind you, so I learned a song and monologue in English. I also played the piano. The admissions team asked to speak to my mother, and I genuinely thought I had done something wrong, and I was in trouble. They asked my mom about our immigration situation because they said I was special, and they wanted me to attend their school. My mom was floored and didn’t expect this. We went home to Russia that summer, and I begged her to let us try and live in New York City for a year, and then the United States became the rest of my life. 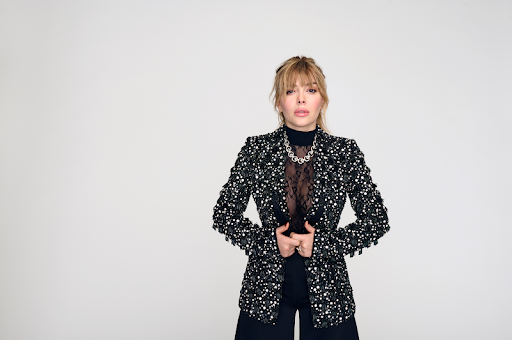