A-POC is an acronym for “A Piece of Cloth” and is a distinctive concept of manufacturing things through a unique process of completing the design while the fabric is made from a thread. The programming technology knitting/weaving fabric by giving every thread an instruction has continued to evolve since A-POC was first created in 1998.

Yokoo is no stranger to working with Issey Miyake. Attendees of Issey Miyake’s fashion shows might have a piece of his art without even realizing it. Yokoo has been designing Issey Miyake’s invitations for Paris Fashion Week since 1977. 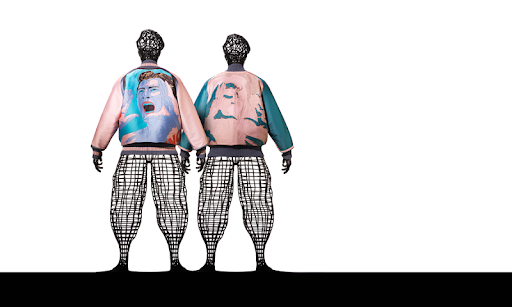