by ADAM BURRELL with THEONLY AGENCY

Chicago born Jennifer Hudson’s life story embodies the American Dream: if you work hard and dream big you can achieve your dreams no matter who you are or where you’re from — the caveat being you need to have talent, and lots of it. Hudson is the cream that steadily rose to the top starting in 2004 when she was a contestant on American Idol. Though she didn’t win the prize, she went on to garner a slew of greater awards that cast a Mount Everest shadow over winning the top spot on a reality show. Hudson quickly earned the attention of the Hollywood producers of Dreamgirls (2006) for which she earned an Oscar for her emotional and powerful performance as Effie White. In 2008 unthinkable tragedy struck when her mother, brother, and nephew were killed in a shooting. The following year she resumed her public life and performed the national anthem at the Super Bowl, then went on to win a Grammy for her debut album, Jennifer Hudson. In 2010 she performed at The White House, in 2013 she received a star on the Hollywood Walk of Fame, and in 2015 she made her Broadway debut in The Color Purple, which also earned her a Grammy for Best Musical Theater Album. And, she is one of the most beloved judges on The Voice, both in the US and across the pond in the UK. Despite the critics reviews of CATS, fans of Hudson will not be disappointed watching the singer/actress belt out the song "Memory" in the role of Grizabella. She has also been cast as Aretha Franklin (on Franklin’s appeal) in the upcoming biopic Respect based on the life of the legendary singer. There is already 2021 Oscar buzz!

Jennifer Hudson has secured her rightful place in the zeitgeist as one of America’s brightest stars. To have the honor of working with her for our 16th issue meant we had the responsibility to elevate this cover feature into a joyous celebration that ultimately captures her essence. We knew we had to solicit the work of an artist whose message is fun, celebratory, colorful, and uncompromising. The artist we all ultimately wanted to work with was Ashley Longshore. Longshore’s recognizable style of unapologetic, bawdy, and whimsical eye-catching portraits take a variety of public figures from today and yesteryear, such as Frida Kahlo, George Washington, Audrey Hepburn, and Lil Wayne, and imbues them with a pop art stamp. A colorful bejeweled painting of Ruth Bader Ginsburg has her wearing a T-shirt that reads, “I Wish A Bitch Would”. She takes everyday objects, both mundane and extravagant, and presents them through a democratic and tongue-in-cheek lens. Oversized paintings featuring bottles of champagne with the words “Bottle Fed”, or a canvas full of flowers with the words “Major Pootang Does Not Fly Commercial” demystify our insatiable appetite for wealth, fame, and media culture. Longshore’s work is hopeful and inspires viewers to dream big. The ideas on display in her paintings presented exciting possibilities when paired with a performer who symbolizes the American Dream. With Hudson’s femininity and prowess as our inspiration, Longshore cleverly painted runway looks from our favorite designers and dressed Hudson ala, paper doll. A mélange of animal prints and other motifs found in Longshore’s paintings were used to create the pop world Hudson inhabits in these pages.

After our photoshoot in Los Angeles for this collaboration I spoke with Hudson about her upcoming film projects, where she draws inspiration, how she gets through bad days, why no one should ever f*#% with the music she’s listening to, and why she throws her shoes at singers on The Voice! Hudson and I then called Ashley Longshore at her studio in New Orleans’s to discuss the collaboration. The conversation went from funny to hilarious and I soon learned why Hudson loves to sit on park benches, and why sitting near the bathroom at airport gates inspired an amusing game Longshore wants to share! 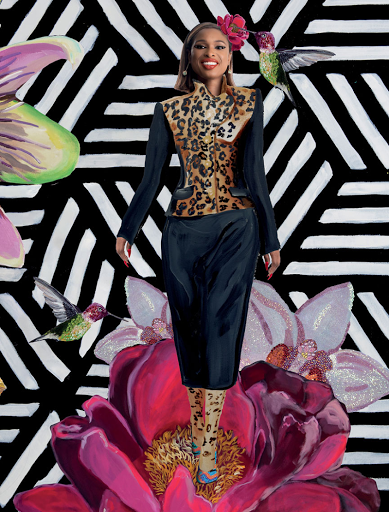 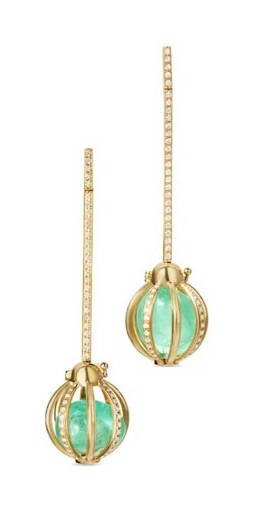 These stunning earrings are part of a unique collaboration between Swoonery, Muzo Emeralds, and Katherine Jetter. 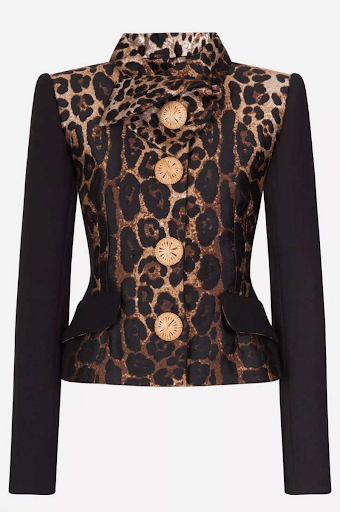 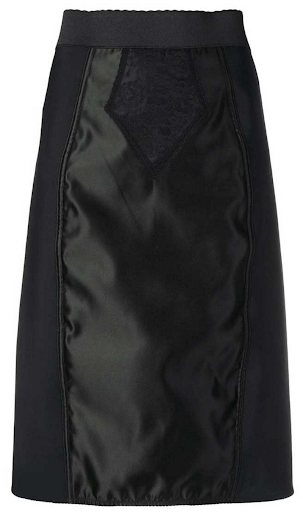 This black skirt features an elasticated waistband, a slim fit, an a-line shape, a knee length, a panelled design and a lace trim.

Jennifer, tell me about your experience filming CATS?

Jennifer Hudson: Oh, boy! I had to bring the brokenness and the sense of being an outcast to the role. It’s a very emotional, heavy role. I want to say it’s the most emotional role I’ve played. My character, Grizabella, carries the weight of the film, I call it the heart of the film. When Grizabella comes in you can’t help but wonder, who is that?

How did you prepare for a role like this?

It was an emotional preparation process, and emotional shooting process. Once I got this part, I knew I had a lot of work to do. When I picked up the script I wondered how I was going to do this because my part is all in song. It wasn’t about picking up the script and going over lines and my cues, I had to have a real emotional connection to it, and I had to learn how to be a cat. I had to learn what Grizabella went through and connect to that emotionally. You can’t fake emotion. Every time I heard the music to the song "Memory," it took me to that emotional place that Grizabella is ultimately in. I needed to trust my instincts.