WHY ANONYMOUS STREET ARTIST JR IS THE NEXT BANKSY

The anonymous street artist makes use of abandoned placed, plastering images of faces onto them that are both soulful and humorous.

With over 1 million Instagram followers, JR is one of the most followed street artists on social media. Anonymous, like many of his street artist brethren like Banksy and Swoon, his art carries the message of anti-establishment, anti-elitism, and is focused on communities and forgotten places. At only 34, he has created artworks in places such as Paris, New York, Shanghai, Cartagena, Sierra Leone, and Liberia. Using over-sized black and white photographs of faces that he pastes on the sides of buildings, buses, bridges, staircases, roofs, and other large urban structures, he is able to engage people when and where they least expect it. The world is his canvas. He infiltrates communities, befriends the inhabitants, and recruits them as his models. He photographs his subjects’ faces with a 28mm wide-angle lens, which results in disarming, soulful, and sometimes humorous portraits that look into the spirits of his subjects who normally go unseen.

Below, the artist sounds off his artistic process.

AS IF: What does JR—both the acronym and the artist—stand for?

JR: JR stands for the fact that I’m still the same kid who is trying to see the world from different perspectives. I am the same now as I was when I was 15-years-old climbing onto the rooftops of Paris and the Paris suburbs. Photography, in the last 15 years, has developed in a way that anybody can now do it, and that’s how I got into it. In the early years of my work, photography was at the beginning stages of being democratized by going digital. If I was born 15 years earlier, I might be doing something very different today. This has had a big impact on the way I work. 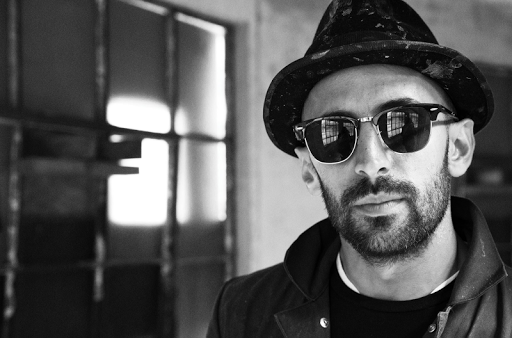 Your work tends to be in places that are accessible or well trafficked because it’s about reaching out to communities. I want to know, why here, why these buildings?

One thing that has fascinated me from the very beginning is unpopulated places, but in populated cities. One of the first places I started working was the tunnels of Paris; there is no one there, but there’s a presence of people who have walked through, energy of the people who built the tunnels, life that happened in the tunnels. I’ve visited tons of abandoned places around the world. The south side of Ellis Island has everything I look for: a series of abandoned buildings in the middle of the biggest, most intense city in the world, plus it has a history of being the gateway for 12 million people into America. When you stand here, you can just imagine the immigrants landing here, and they only had to look across the Hudson River to New York to see how close they were to their dream. The fact that my work is tucked away in this special monument, visible only to those who want to take the hard hat tour of the buildings because they care to understand this place, has much more of an impact than any kind of museum show. 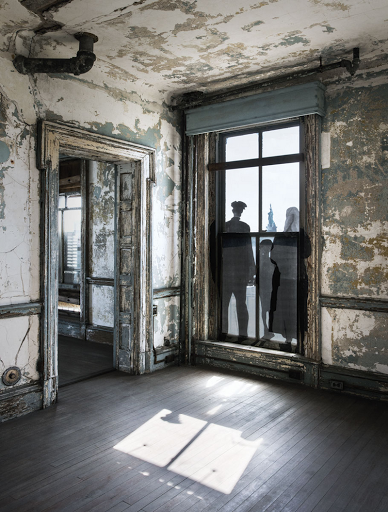 “I always feel like I’m still 18-years-old trying to expand my work and trying to convince people that I’m an artist.”

How do you choose the faces that go into your work?

I leave a lot of it to chance. I don’t hold castings and I don’t make a final selection. Every person I have met and photographed, or who has given me a photo of themselves, has been part of my projects. And everyone I met had amazing stories to tell, and I believe all people have amazing stories. These random people I meet by chance are suddenly going to be part of my life for the rest of my life. I love that.

What have you learned about the human condition, and people in general, through your work?

What I keep learning about people is that we all have something in common, we all want dignity, we all want respect, we all want to be able to have a family, and raise our children. In many of the places I go to the context is very different, and the life of each one of us is very different, and when I go to these countries where people have a completely different life than mine, I have learned that we have some common ground and share the same values. I saw that everywhere I went. I was just at a refugee camp in Syria and the way I was welcomed was so special. I got offered tea and food in the homes of people who have nothing. I was very touched by the fact that they received me better than I have been received by my friends in New York! 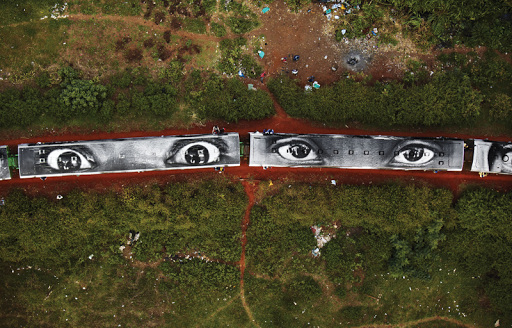 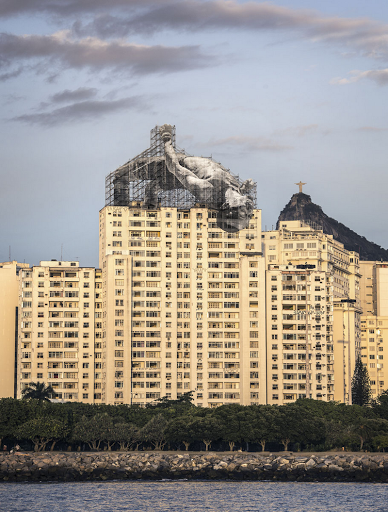 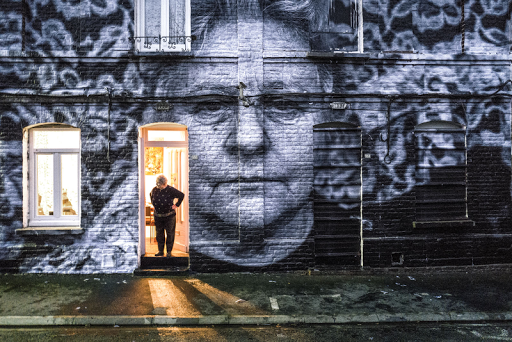 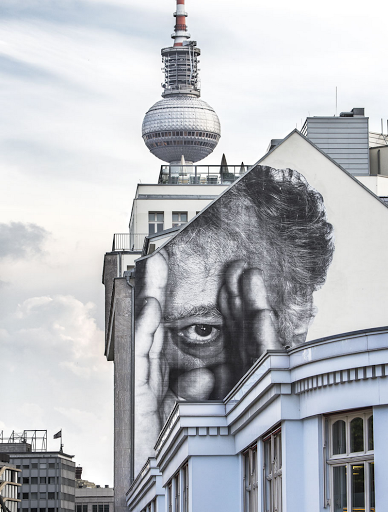 You know, you said in your question, renowned anonymous, which means it’s like I have a costume on, you know? That’s how I travel. I wear my hat and I wear my glasses. I’m not hiding, I just like wearing my hat and glasses. The places where I travel people don’t even know me with my hat and glasses on. I’m going to Somalia next week and no one cares who I am, with or without the hat and glasses. Most of the countries I visit I have to start from scratch, so I never feel like a renowned artist. I always feel like I’m still 18-years-old trying to expand my work and trying to convince people that I’m an artist.

What is your mission as an artist?

It’s pretty hard to put into words. Why is art needed? Why is art so important, or unimportant? It raises questions, but it doesn’t give answers. Sometimes art can have a great impact, and sometimes it does nothing. It’s an experience where the artist searches for boundaries, where the artist tries to connect with people or make people think of something from a different angle. All those purposes of the artist are enough for me. I’ve been to parts of the world where people’s first priority was to put food on the table, yet, they would say to me, we need art to restore our dignity, dignity is everything to us. 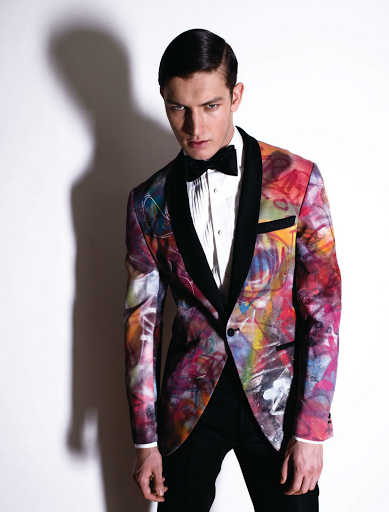 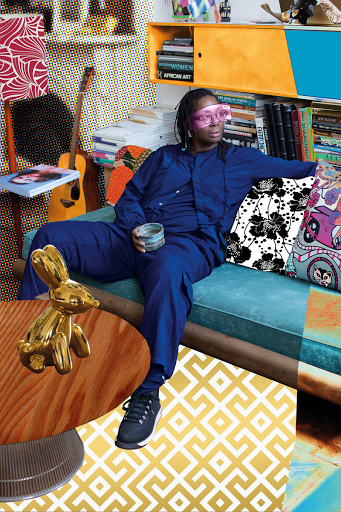 ARTIST MICKALENE THOMAS ON HER NEW WORK AND CREATIVE PROCESS 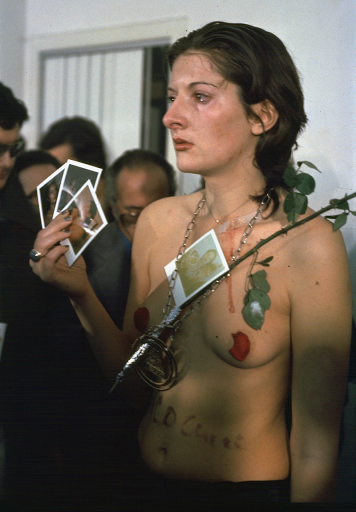 HOW MARINA ABRAMOVIĆ, THE QUEEN OF CONTROVERSY, USES PAIN FOR BEAUTY