Julianne Moore is undoubtedly one of the most alluring actresses of our generation. I am not referring to mere physical beauty, which Moore has in abundance, but more importantly beauty of spirit and grace. This can be seen in the complex and heartfelt roles she chooses to inhabit, like a woman dealing with early-onset Alzheimer’s disease in Still Alice, a lovable yet lost porn star in Boogie Nights, and a woman silently struggling with depression in The Hours. Moore’s interest in the human condition also extends beyond film, as seen in examples like an impassioned and erudite letter she wrote for Lena Dunham’s now-defunct newsletter Lenny following the Sandy Hook Elementary School shooting. In the letter, she explains how she reached out to every contact in her phone to encourage them to join Everytown For Gun Safety, the largest gun violence prevention organization in America, to spread the word and, more importantly, take action against gun brutality. Moore has also supported more than a dozen charities, including STOMP Out Bullying, Charity: Water, The Art of Elysium and the Elizabeth Glaser Pediatric AIDS Foundation. Despite all her achievements, the actress is also down-to-earth: when she walked onto my set, she introduced herself as “Julie”, and her only food request was an egg sandwich. Therefore, when Julianne Moore accepted our cover offer and asked if Kara Walker could be the artist for this collaboration, I was delightfully surprised but not shocked. As an avid art lover, Moore recognizes the compelling and meaningful work Walker creates to bring awareness and perspective to a subject much of society prefers to leave in the shadows: oppression.

Kara Walker’s work investigates race, gender, sexuality, violence, and slavery. She uses, among other things, stark black-and-white silhouettes to tackle the realities of America’s past and present race relationships. The artist uses the Black female figure as both the heroine and sufferer to bravely confront topics of inequality. When Walker agreed to this project and gave us one of the main murals she created for the Venice Opera’s production of Vincenzo Bellini’s Norma, Moore and I were well aware of our responsibility as two white women to respect the stirring message of Walker’s work. We also researched Norma and the artist’s reimagining of Bellini’s script for the Venice production.

In this story, Moore embodies the essence of the Druid high priestess, Norma. However, Walker’s Norma was not about the Druids’ colonization by the Romans, who were the oppressors in Bellini’s original script. Instead, her Norma is a story about unequal power relationships between conquerors and the colonized in the Congo and beyond, as well as the unequal power structure between men and women.

My photographs of Moore have been placed in key areas within Kara Walker’s original mural. The final result shows the actress living in a tumultuous world inspired by the artist’s Norma. Do the thorn-like branches that frame her protect our subject from the realities of history Walker explores in her work, or do the branches serve as metaphoric cages of a patriarchal system?

In my interview with Moore, we discuss Kara Walker’s work and this collaboration; Moore’s upcoming film and streaming projects, including the unprecedented challenges of filming during a pandemic, how she prepares for her roles, and Hollywood in the era of COVID-19 and the #MeToo and Black Lives Matter movements. 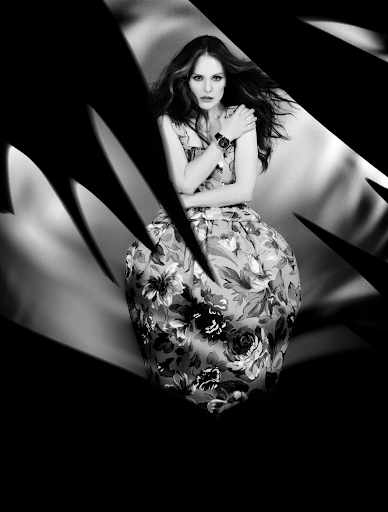 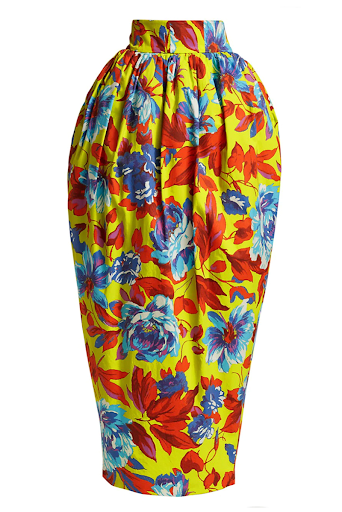 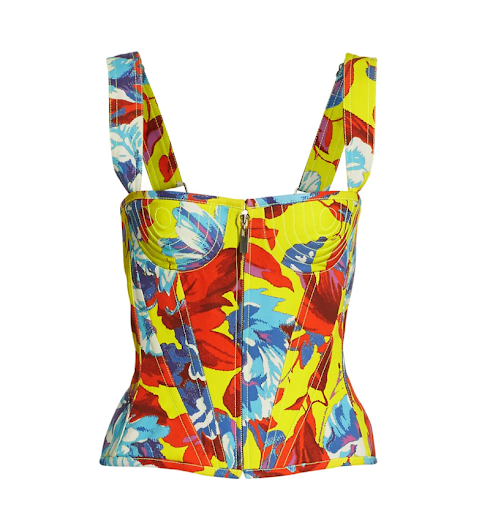 Decorative topstiching and boning enhance the bust of this corset top while a striking floral print and zip front finish add a modern feel to the classical silhouette.

The 18-carat pink gold case is enhanced by a smoked blue lacquered dial with sunburst effect and a matching hand-stitched alligator strap.

“Listen, it's important to all of us to know what a committed partnership means and feels like.”