I remember seeing the work of Kara Walker for the very first time in 1994. Her installation was part of a group exhibition at The Drawing Center on Wooster Street in SoHo, at the time an epicenter of a hot, predominantly white, contemporary art world. I lived in a loft a few blocks away, at 102 Prince Street. I had started my art advisory firm two years earlier, and prior to that, had worked in a gallery that shared a building, at 155 Spring Street, with Kara’s then and present dealer, Brent Sikkema. We were young black women embarking on our careers in the art world. I did not know Kara back then, but somehow, I felt very close to her.

What immediately struck me about the work of Kara Walker, before the subject matter could settle in, was her use of the silhouette. She composes mural-sized, semi-narrative groupings of figures fashioned from black paper cut-outs. Her subject matter deals with the absurdly, grotesquely, complex history of slavery, and its post-reconstruction aftermath. Kara also tackles issues surrounding identity, discrimination, gender, violence, maternity, memory and love. Her medium of choice has come down to us through the ages - from the elaborate hieroglyphic friezes of temples in ancient Egypt, to the exquisitely lithe black figures rendered against a terracotta backdrop of a circa 500 B.C. Classical Greek amphora, to the lines of a noble roman senator, dating from the 1st century A.D., etched, in profile, on an ancient bronze coin. 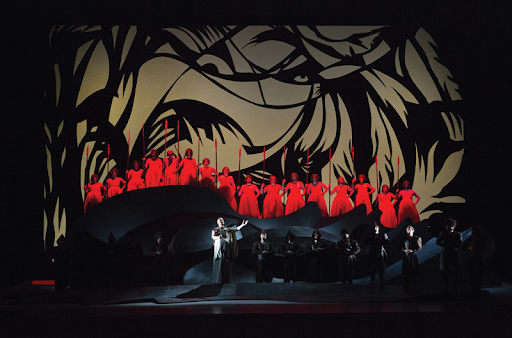 “What immediately struck me about the work of Kara Walker, before the subject matter could settle in, was her use of the silhouette.” 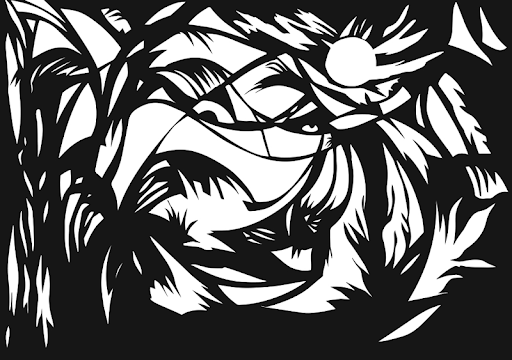