Lea DeLaria is the unapologetic, jazz singing, Butch Dyke, stand-up comic, and Queer activist widely recognizable thanks to her tour de force performance as Big Boo in Netflix’s Orange Is The New Black. Heterosexuals are hard-pressed to name another famous Butch Dyke making DeLaria the mascot for her community. Having performed professionally as a singer and stand-up comic most of her life, she can weave sarcastic nuances into her acting performances that give her characters a memorable and loveable edge. With a new album dedicated to the antithesis of the love song, Fuck Love, and a starring role in Broadway’s uproarious new play, POTUS, DeLaria is the theater world’s insider and society’s outsider that everyone needs to know. 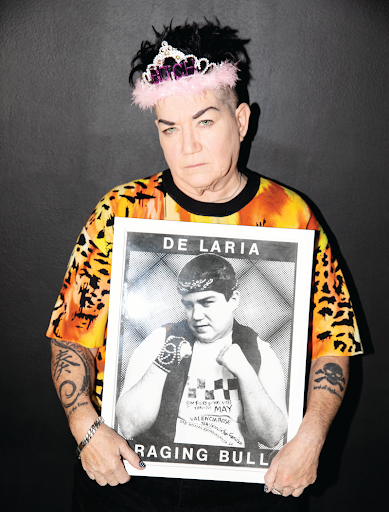 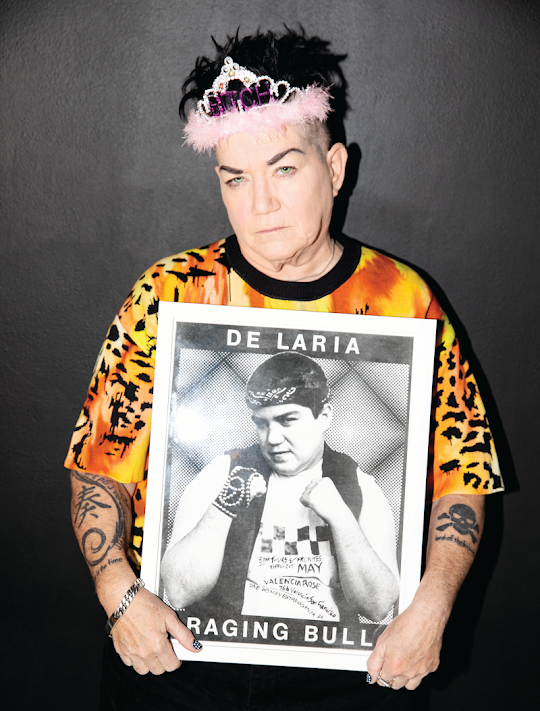 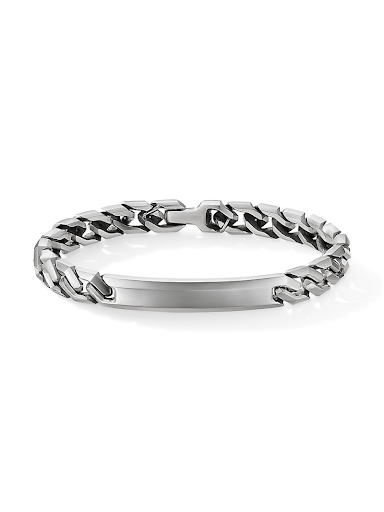 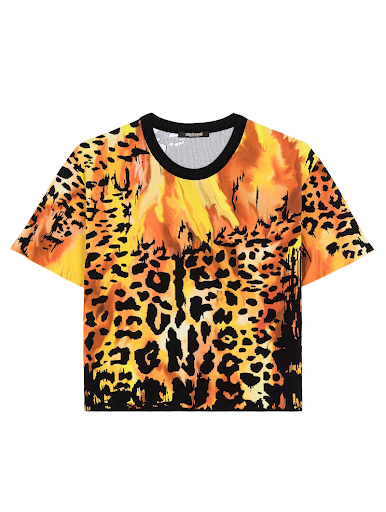 AS IF: Lea, you returned to Broadway this April in the production of POTUS, the taglines which I freaking love—are, Behind Every Great Dumbass Are Seven Women Trying To Keep Him Alive. A Play About The Women In Charge Of The Man In Charge Of The Free World. And your cast is crazy. It's you, Rachel Dratch from Saturday Night Live, Vanessa Williams, Julianne Hough, Suzy Nakamura, Lilli Cooper, and Julie White.

LD: Yeah, it’s crazy. I have been involved with this since it was in the Playwrights Lab at Princeton in 2017. The trajectory of plays in general takes four to five years to make it to Broadway if they are any good. The playwright is Selina Fillinger and boy was I having a lot of fun with her last name! I told her it was wasted on a non-lesbian. Anyway, when my manager told me to do the Playwrights Lab, I told him I already paid my dues, but he convinced me to read it and after the first page I was hooked. Then I read to where my character walks in and told him that if this play comes to New York and goes to Broadway and I’m not in it I’ll kill myself! I wanted to get my ass attached to this play as soon as possible.

POTUS is directed by Susan Stroman, who is a five-time Tony Award winner, and nobody knows comedy like Stroman. I’m having the fucking time of my life in this play! The cast is ridiculous. Julie White is non-stop hilarity—she has no filter; she’s a lot like me. Between me, Julie, and Rachel Dratch the theatre is constantly laughing. I’ve been a stand-up comic my whole life, and I have listened to whining men complain that women aren’t funny my entire fucking life, and here is a play that will prove them all wrong. I mean, this is belly-laughing shit. And everyone involved in this play are women, from the director, the assistant directors, the playwright, the fight coordinator, the assistant fight coordinator, ok the set designer is a guy, but this production has a completely different vibe.

Can you tell us about your character?

Picturing you as a baby sister to a President is good enough for me.

Is the character of the President representational of any specific President?

The President is representational of the male patriarchy and government. I think the play goes out of its way to make sure that no one thinks it’s about one man. We’ve had fuck-ups running this government for a very, very long time. Many Presidents inspired this role! This character is far more interesting than being a Trump bashing symbol because that would be too obvious. I mean, all Bill Clinton had to do was keep his fucking dick in his pants, and George W. Bush wouldn’t have been elected and Hillary would have won instead of Obama. We can go on and on. Clinton’s inability to keep his dick in his fucking pants and stop womanizing his staff and the women around him landed this country in some unpredictable and avoidable shit. In a farcical world, it’s far more interesting to have this play be about male government patriarchy, how they get away with shit, and how women put up with it.

Now, you started your standup career in ‘82, and in your words, you were “an unapologetic Butch Dyke”.

The Butch Dyke community were the last LGBTQIA group to be acknowledged by the heterosexual community in any accepting kind of light.

Absolutely, absolutely! I’m so happy I didn’t need to explain that to you. There are people out there that are going to fight me on this, but I’m going to say that Trans people were represented better than Butches because we’re threatening, especially to men, since we’re so much better than them (laughs)! I mean, how long can your husband stay hard (laughs)? My dick’s hard right now, and it’s under my bed in a box! I know we’re laughing right now, but what a lot of people don’t know is that more masculine presenting women in our community, such as Butch Dykes and Studs, are raped more than non-masculine presenting women because we're threatening to men. Rape is about rage and control. People are completely and utterly threatened by us.

Much of the queer community has been taken over by mainstream, middle-class, assimilationist, rich, white gay men, which have not helped the causes of others in our community. I’m the most common mainstream representation of the butch community as RuPaul is to the drag community to help make who we are more palatable for “normal society”. Listen, butch and studs have been ostracized by our fucking community forever. Now, the Gen Z and Millennial queers in my group don’t even want to use the words Dyke, Stud, or Lesbian. They want to say they’re queer, which is ok with me, I say I’m queer, but they don’t want to acknowledge that they’re lesbians because they want to be pansexual, sexually fluid. They want to be all these other things instead of a Dyke. And, thank God for Jenji Kohan, the writer and producer of Orange Is The New Black. She made sure someone like me was represented in the show.