by JÉSS MONTERDE for BERNSTEIN & ANDRIULLI

by VICTOR HANAO for BERNSTEIN & ANDRIULLI

Lili Taylor’s performance in the 1996 film, I Shot Andy Warhol, left me spell-bound. I didn’t move to NYC until 1992, so I was too young to have met Warhol, but my much older boyfriend at the time, artist Ronnie Cutrone, knew and worked with Warhol for over a decade. He photographed the famous Skull 158 and Electric Chair that Warhol turned into two of his most iconic paintings. Ronnie knew Valerie Solanas, the demented and angry woman who shot Andy in his studio with a .32 Beretta automatic. When I moved to New York, prior to meeting Ronnie, I was couch surfing on my mother’s friend’s sofa who happened to be friends with Valerie Solanas’s sister. So, when I Shot Andy Warhol came out, Ronnie and I went to see it. Ronnie was blown away by Taylor’s accurate portrayal of Valerie, and I could not take my eye off this leading actress. From that moment on, Lili Taylor became one of those actresses l go to the movies for.

Taylor, quite simply, is a brilliant storyteller. She embodies roles with fervent energy, honesty, and has a singular charm that simultaneously emits a sweet gentleness with rugged strength. She is leather and lace.

Taylor’s resumé includes a slew of hot independent movies during the apex of American indie films such as Mystic Pizza, Dogfight, Say Anything, Short Cuts, Mrs. Parker and the Vicious Circle, and High Fidelity. Taylor has been working on stage, film and television for over three decades. Her recent screen roles include big budget horror flicks such as The Nun, Leatherface, The Conjuring, and the sci-fi thriller, Maze Runner: The Scorch Trails. She’s also received a slew of awards and nominations for her television role as Anne Blaine in American Crime. All in all, she’s garnered 39 awards and nominations for her on screen work, not to mention her numerous stage credits, proving Taylor’s still an actress worth going to the movies for. 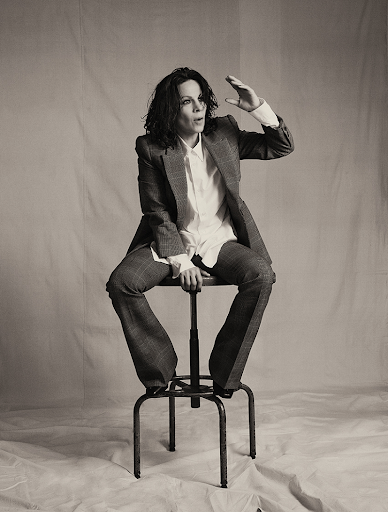 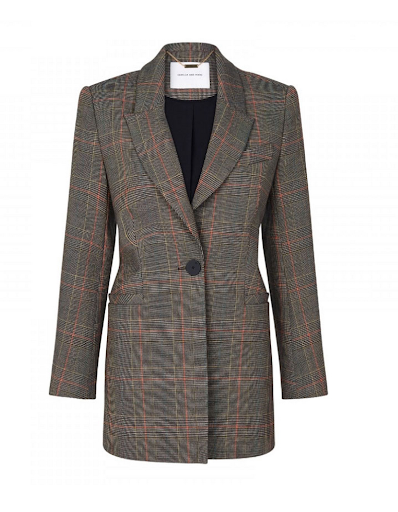 The Nebula Blazer in Ripley Check by Camilla and Marc is a polished wardrobe staple and the essential piece for trans-seasonal layering. 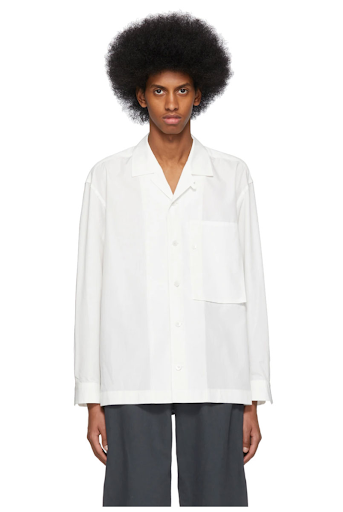 AS IF: Early in your film career you became the New York indie film darling with roles in, I Shot Andy Warhol, The Addiction, and Dogfight—three of my top 20 films, and mostly to do with your performance. Can you tell me what it was like working in indie films in New York when independent cinema was at its peak?

Lili Taylor: Of course. When did you get to New York?

So, you got here when it was still pretty great. It was changing, but the city was great because it had what they referred to as an independent spirit, especially in film, think of the Independent Spirit Awards. The term got silly and eventually lost its meaning, but films back then had spirit to them, you know? Director Abel Ferrara personifies that perfectly. He was very flexible when he worked, never worried about a permit, he would grab the shot because that was what he felt he needed to do, and the person giving him the money wasn’t questioning his creativity. It was like being Robert Evans in the 70s, which you can see in the documentary The Kid Stays In The Picture; we had that sort of freedom in New York filmmaking. When a creative person has that kind of freedom great things happen. I’m so grateful to have been a part of that era of filmmaking.

the power, to streaming media providers dominating the space that the large studios once did. Can you share your thoughts on this and what you think the next step in this evolution is going to be?

One thing you can say about the times we’re in is that they’re not boring, they’re really intense. The old systems are no longer working and now we’re really at juncture. In some ways it’s exciting because we’re pushing into an unknown area. It’s the theory of emergence; we’re moving into something that we don’t have the language for yet. Overall, it’s seeming that context isn’t as important, there’s a fluidity to where the content goes now and anything is possible in a way. I’m seeing a hybridization of things where anything goes. People are watching stuff on their iPhones, and tuning into YouTube channels. Will long format disappear? One thing I do know is that stories are always going to be around.