MICHAEL HSU ROSEN: READ ALL ABOUT HIM

Everything was beautiful at the ballet, but Michael Hsu Rosen came to find his true love through Broadway and film. The actor got his big break starting off in the chorus of West Side Story, but at the behest of famed playwright Arthur Laurents, he took the plunge into acting and went from the chorus to the role of Chino.

His big break in the world of dramatic acting came when he was cast in a revival of Harvey Fierstein’s Torch Song Trilogy opposite Michael Urie. Now, he’s at a small screen near you via his latest role in Netflix’s Pretty Smart, where he plays the silly but lovable social media influencer Jayden. Rosen knew from a young age he was destined to be a performer, and he hasn’t stopped snatching the spotlight since he was a child. 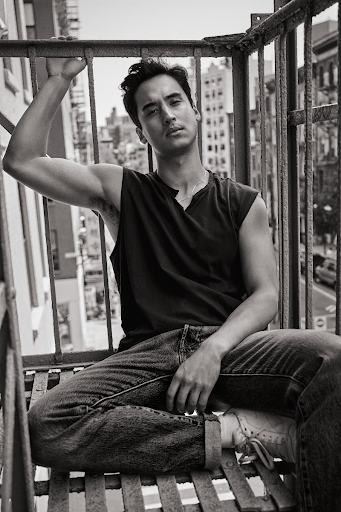 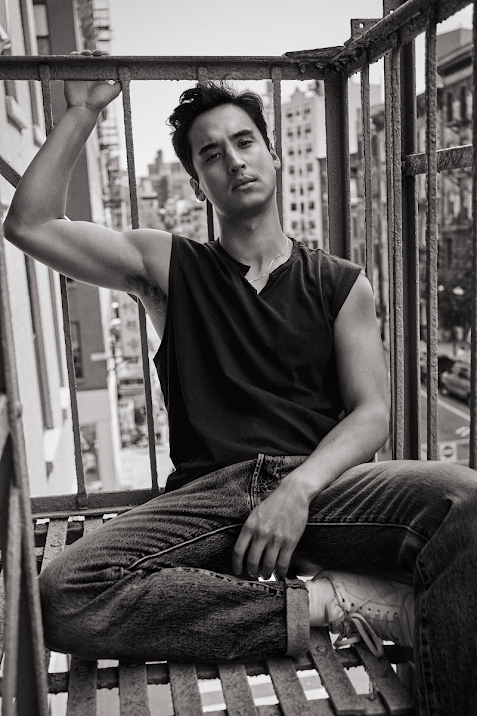 AS IF: Start off by telling me how you got into acting and the entertainment industry.

Michael Hsu Rosen: I was born and raised in New York, and I was destined to be a performer. I was always performing, even before I knew what that meant, or I realized I could turn it into profession. I was constantly putting on productions for my parents in our living room, and I was really obsessed with it. We got to go to a lot of Broadway shows when I was a kid, which was very lucky. I would just come home singing and dancing for anybody who would watch, and apparently would just have memorized the whole show.

My parents put me in tap and jazz dance classes. I wanted to be Gene Kelly, and my passion just evolved from there. One of my dance teachers, when I was a kid, told me if I was going to get to Broadway, I’d have to learn how to do ballet because it’s a good technique. She trained me to get into The School of American Ballet, which is the official school of the New York City ballet. I started attending when I was 9 years old. I got really sucked into the world of ballet. There’s sort of like a dark, glamorous, centripetal force to that place and it’s very hard to break.

It was a little bit like Black Swan. It was a very glamorous black hole, but I loved it. I started devoting myself to the whole ballet thing. I ended up leaving my normal school and I went to a place called the Professional Children’s School.

When I got to be a teenager, I realized I actually don’t want this life, I didn’t want to stay in the ballet world. I don’t want to put my body through this. So, I googled how to audition for a Broadway show, and I heard that they were doing auditions for West Side Story. They were going to a revival; this was in 2009. I found an open casting call, and I was only 17. I was a junior in high school, and I just went for it!

I had to play hooky from School of American Ballet because we weren’t allowed to do things like that. 6 months later after a very long and grueling audition process, I booked the show and decided to leave the School of American Ballet and forego my chance to be in the professional company. I was on track to getting an apprenticeship, and I had to let that go, but I never looked back.

I became an actor. Arthur Laurents, who wrote West Side Story and directed that production, was 92 when I met him, and he was notorious in the industry for being very harsh with his actors and not always being the warmest and fuzzy guy, you know.

For some reason, he really took a liking to me, and he picked me out of the chorus. One day he took me by the collar and shook me in the hallway and say, ‘What the hell are you doing dancing in the chorus? You’re an actor. You need to be an actor.’ I really listened to him. He inspired me so much. I wanted to be an actor. I just didn’t have the guts. If it hadn’t been for him, his vote of confidence, and his passionate support, I probably would have gone back to New York City Ballet. I was invited to go back, so I really owe a lot to him, and he just pushed me to really go for it. I went to college I decided, and I didn’t know what the hell I was doing. I also was a child in a company full of adults, and I was in high school, and I felt like I could keep up professionally. After 2 years in the company, 1 year in the chorus, and then another year in the role of Chino, I went to school. I went to Yale and there’s a great undergraduate theater community there, and I cut my teeth making student theater in basements. About halfway through college, I dropped out because I got an opportunity to be in a couple of plays and come back to New York and start working as an actor.

In the earlier part of your career, you were often interpreted as Latino even getting cast in West Side Story. Talk to me about those experiences.

It was a confusing situation to be in as a young actor at that time. Being a biracial, young Asian man in the entertainment industry, casting directors really didn’t know what to do with me. They didn’t think of me as Asian. They didn’t think of me as white. I was read as Latino. I literally didn’t go in for any Asian roles. I was never called in. I would ask my representation to try and get me those auditions and they just didn’t come. I was once introduced by a casting director without my consent for a producer session as Michael Rodriguez. It’s crazy to think it was not that long ago, but we still live in a culture of tokenism.

I think it was even more rigid back then, and I didn’t fit neatly into an ethnic category, and they purely went off the way that I looked, which is completely arbitrary. The Latinx community is basically as diverse as the world is. There is no one Latinx-looking person. For some reason, I was read that way constantly, and that is something, to be honest, that happens all the time in my life independent of my being an actor. My brother and I always get a lot of people speaking Spanish to us.

The only roles that I was allowed to audition for were Latino roles, and I often would book them. It became very contentious between me and my management at the time. I felt very uncomfortable booking roles for other ethnicities, but whenever I booked a job, I was incredibly supported by my Latinx castmates. At the same time, I felt a point of actual personal pride because I wanted to be me. I wanted to represent myself and my culture. I grew up in a mixed home, but with a very strong Chinese identity. I’m very close with my maternal grandparents, who were born in Shanghai. I was eager to embody on screen or on stage who was my ethnic and cultural background. It came down to me really putting my foot down, at a certain point when I got to be a little older and I had a little bit more wherewithal. I was a little more confident with myself and my worth as an actor. I had built up some credits, which helped.

Eventually, I said, ‘I’m not going to audition for these roles anymore.’ After that, I didn’t work for a year and a half. I started including my whole name. My legal name is Michael Hsu Rosen. You may notice in my earlier credits, like when I was in West Side Story, my name was Michael Rosen, which is my first and last name. I decided to include my middle name because I wanted to communicate very clearly to the industry: this is who I am. I am a Chinese Jewish American person and I want to be cast as such. I also felt being cast in Latino roles I was pulling the wool over people’s eyes, but I didn’t realize that being misread was not my fault. Some people might have felt that was unfair casting, but I never experienced any animosity from my Latinx colleagues or the people that I encountered. I completely empathize with why me being cast might be offensive or challenging to somebody from the Latinx community. The industry changed when Crazy Rich Asians came out, and I do really think that shifted the conversation around Asian representation in film. 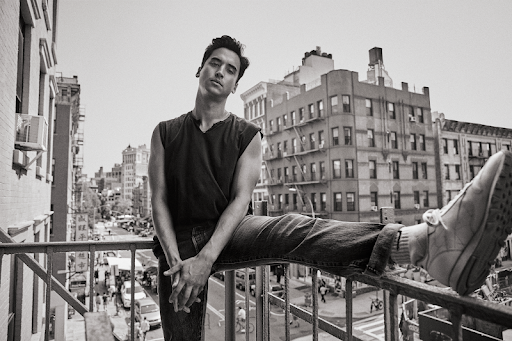