In Piccadilly Circus at 20.21 each evening, the screen lights up with the livestreamed words of singer, songwriter, poet, and musician Patti Smith. Smith collaborated with Circa an independently curated digital platform focused on adapting the way public art is consumed.

Some of the work Smith’s work featured was done either in her bedroom, in a recording studio or at her desk. She learned to use photo-booth on her computer and film herself reading poems to people. Smith’s month-residency began on New Year’s, and on January 3, she dedicated a poem to activist and environmentalist Greta Thunberg for her 18th birthday.

The poem Wilson dedicated to Thunberg was titled The Cup. Both Thunberg and Wilson share a passion for environmentalism and saving the Earth before it becomes too late to save humanity from extinction. 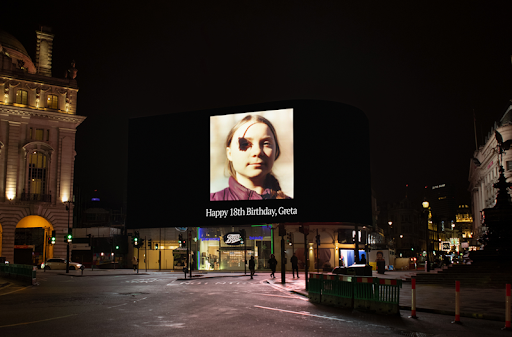 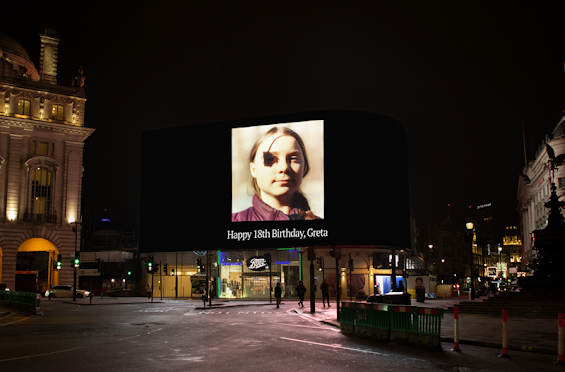 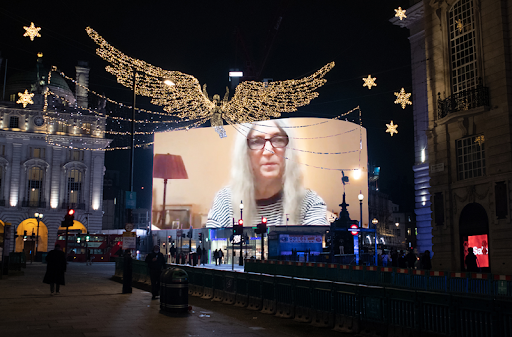 “In fifty years, Smith has not lost her ability to draw a crowd. Over a million people tuned in to Circa’s website on New Year’s Day for her opening performance.”