On December 29, 2020, the world lost one of the most legendary fashion designers who ever lived to see his name on a label, Monsieur Pierre Cardin. At 98-years-old, the storied designer had one of the longest standing careers in fashion and was a household name to the very end. In 1950, Cardin founded his namesake fashion house, and for 70 years, he was one of the most respected names in fashion.

Thankfully, he didn’t leave this world without his story being told. House of Cardin, a documentary directed by husband duo P. David Ebersole and Todd Hughes and produced with the assistance of the brilliant Cori Coppola, told the story of the legendary designer who had been a part of Hughes and Ebersole’s life since they were both adolescents wearing his cologne.

“David and I grew up in the 70s, so we were aware of Pierre Cardin,” Hughes said. “I had his cologne; I also had a pair of his shoes that my father liked to remind me were expensive. When David and I moved to Palm Springs we noticed everyone had decorated their house with classic designer inspiration like Gucci, whereas our house was more Halston. We went and bought this circular sofa couch, and we went and found this beautiful circular coffee table to go with it that was by Pierre Cardin. A friend of ours—in Oklahoma of all places—found it for us in England, and it was the most money we had ever spent on a piece of furniture. After that we bought a Pierre Cardin credenza. We really started looking at Cardin as a furniture designer.”

Ebersole and Hughes happened to be in Paris and were trying to go to the Pierre Cardin Museum, but unfortunately it was closed. There happened to be a shop next door where they met one of the store employees who indulged them as they discussed their love of Pierre Cardin. The employee told them that Cardin loves people who appreciate what he does and gave them instructions on how to “accidentally” run into the famed designer.

Following the employee’s instructions, Hughes and Ebersole found themselves sitting with Pierre Cardin showing him pictures of all their Pierre Cardin paraphernalia. Cardin was so impressed he asked, “What do you all want to do and when do you want to start?”

Cardin knew the pair were documentary filmmakers, but they didn’t meet him with the intention of approaching him about a documentary, but then it all came together so seamlessly. Hughes and Ebersole barely knew French, so that’s how producer Cori Coppola became involved.

“It was a random and wonderful coincidence that I got involved,” Coppola said. “I had an acquaintance from Los Angeles who came to Paris with Todd and David because she was working with them on the documentary. While in Paris they were at a loss because they didn’t speak French. So, I jumped in not knowing what to expect, but it was one of those magical moments. I was able to interview people in French for them, and we all just worked really well together. Before I knew it, I was working on this documentary full-time as producer.” 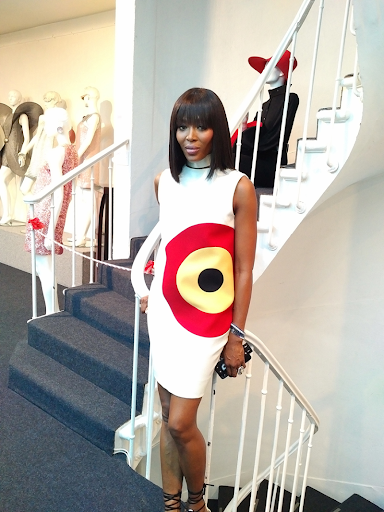 One of Coppola’s most monumental feats for the film was getting Naomi Campbell featured. Campbell had never formally met Pierre Cardin, but she had been a great admirer of his work, particular what he did for models of color. Pierre was one of the few designers back in the day who used models of color. He didn’t want to just have white women wear his clothes.

“Naomi was really star struck by him,” Coppola said. “Despite Naomi’s reputation and everyone warning me that she’d be late and difficult, she was on time for the interview, and she was perfect. In terms of getting her for the documentary, it was easy to find her agents, but to convince her took some personal networking. Thankfully, the directors were friends with Nigel Barker, who works with her on the television show The Face, and I grew up with the guy who is the executive producer of the show, so we were able to convince her to make this happen.”

Of course, one of the most life changing moments on the film for Coppola was getting to meet Cardin. “Cardin was a very warm person” recounts Coppola. “He quickly decides whether he likes you or not. He literally scanned people. He was the type to look at you and say, ‘don’t talk to me ever again’, or he really liked you. It was very simple. He had this sort of instinct he lived by. He surprised me when we first met, because I had been shooting with him for about a year, and he never spoke to me that much, but then we did a 30-minute showing of our film at Cannes and there was a huge party. I asked him to take a picture with me, and he grabbed me and said, ‘I know this movie wouldn’t be getting made without you.’ I said, ‘I didn’t even know you knew who I was!’ He said, ‘Of course I know who you are, you’re the producer of the film. I knew what you were doing.’ He was very sharp up until his very last minutes.”

While there was a lot to learn during the production of this film, Coppola found herself most captivated by the story of his affair with actress Jean Moreau.

“I think I’d sort of seen something about the affair before, but it wasn’t something that I really acknowledged,” she said. “I was surprised at how ferociously and passionately he was in love with her. However, he was also really in love with his partner, Oliver. I don’t know how that worked, it seemed like he really hurt his partner during the years he was with Jean Moreau. I don't think it was a love that was expected, I think it was something deeper than male or female, it was really recognizing two souls. Like they really were sort of made for each other, but they couldn’t make it last. She wanted children and he wanted children, but they couldn’t have children together. It was a surprise to me because he was so passionate about work and everything about his world was about work and to find this one sort of moment where he allowed himself to completely fall in love and just let himself go; it was surprising to see that.” 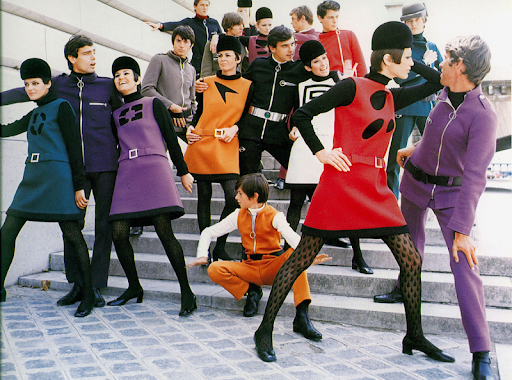