Stephanie Unwin is the President of the fashion brand, Veronica Beard. Unwin, like so many of us in quarantine, has learned the art of working from home while caring for her kids and running a business. I recently spoke with Unwin about the balancing act, the real issues facing fashion brands in today’s financial climate, the changing needs of female consumers, and what life and work under quarantine has been like.

AS IF: Stephanie, with who and where have you been spending quarantine?

Stephanie Unwin: In our Connecticut home with my husband James, our daughter Annabelle, who is ten, and our son Timmy, who is seven. It’s so nice to be in the country, but I miss NYC and feel disconnected during this pivotal time. I moved to NY in ’98 and was there for September 11th. There was a real sense of solidarity amongst New Yorkers at that time and I feel strange not being there now. On a bright note, we have added a new family member during quarantine, Stevie Nicks, our sweet puppy adoptee.

You adopted since the crisis?

Yes, and it’s been wild. It took us weeks to find a puppy. They would be listed on Petfinder or Adopt a Pet and they’d be gone minutes later. It was crazy. Finally, four weeks in, we got Stevie Nicks and she’s awesome. 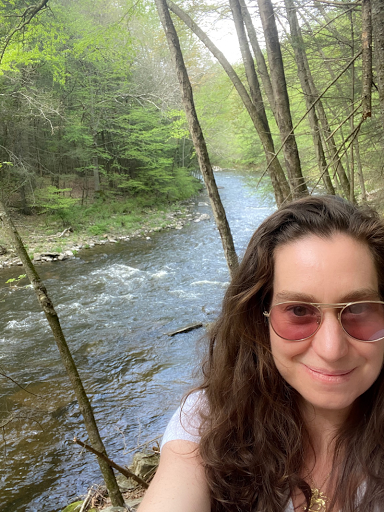 Stephanie Unwin at her favorite place for conference calls.

I didn’t know adopting a puppy was the big thing to do under quarantine.

Well, everyone has the time to raise a puppy now, and they are the best companion for people who are lonely. It’s a good time for animal shelters.

From one Torontonian to another, tell me how you got into fashion, how you landed in New York, and how you eventually became President of Veronica Beard?

I’m born and raised in Toronto and London, I went to university on the east coast of Canada and got a degree in commerce. I went to work at the Royal Bank of Canada and very quickly determined that that was not what I wanted long-term, it just wasn’t creatively fulfilling. I had a little experience in the buying office at Holt Renfrew, which is the luxury Canadian department store and loved it. So, I decided to apply to Parsons School of Design, studied fashion marketing, and that was my entree into the New York fashion world. I have been here ever since.

My first job in New York was at a store on Elizabeth Street called Phare, which means lighthouse in French. I interned with the owners Jane and Chris Jarvis. Jane and I later went on to start her own collection, Mayle, now Maison Mayle. We worked out of her apartment, ran around the Garment District producing the collection, maintained the store and developed a wholesale business. I learned everything about developing a brand from A to Z. It was an incredible experience. I eventually moved into the luxury realm working at a number of different brands in a sales and merchandising capacity. I’ve always worked with up and coming brands because brand development is what I love, that’s the common thread throughout my career. I met Veronica Swanson Beard at Aeffe (Italian fashion conglomerate) after I left Mayle. We were in our 20s when we met and have been best friends ever since. Veronica and her sister-in-law, Veronica Miele Beard had an idea in 2009 for the Dickey Jacket, (which is our convertible jacket), and in 2010 launched the brand Veronica Beard since they both share that name, and they quickly established a loyal following. I was working elsewhere, but very happy to help as best I could as a friend. I was on the sidelines while they got their business up and running, then in the summer of 2013 I joined the company as their President and have been here ever since.

Veronica and Veronica are both incredible and certainly live the lives of our customers. They are my partners in crime, we have an amazing team that we have cultivated over the past seven years and we’re now about 140 people strong. 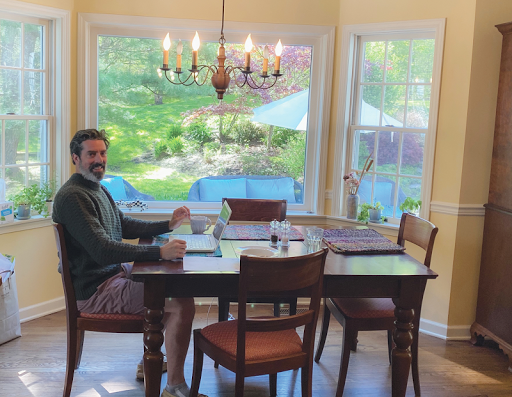