I ran the wrong light

Got in a car crash

A wife that hates me

So does her boyfriend

We can't agree on anything

And where the hell are all my friends

I need you right now

Those two verses in the song Wrong Train off The Psychedelic Furs new album, Made in Rain, are both melancholic and darkly humorous, two themes that continue throughout the creative life of front man, Richard Butler. Butler’s bass voice bellow reflects the emotional range of his songs that mourn a love lost, mistakes made, broken promises, misled faith and hope found. Butler, a formally trained painter, has been focusing professionally on this talent for over two decades. His oil soaked canvases reveal distorted, hypnotizing, haunting and grotesquely beautiful portraits. His subjects are cloaked in muted tones, at times their eyes and mouths are obscured, their skin seems to melt and coagulate, but their voices are never silenced. Butler’s canvases seem to scream look at me. His style takes note from European masters such as Giuseppe Arcimboldo and Rembrandt who use the power of the face to project their message.

Butler has recently collaborated with photographer Hans Neleman who solicited the talents of photographer and graphic designer Peter Sebastian to create turbulent portraits of Butler that are nothing less than arresting works of art. Neleman, also an artist known for his assemblage, painting and collage work, photographed Butler in raw, agonizing and impassioned states of being. The photographs trap Butler within a white void that seems to echo the isolating state of the world’s current pandemic.

AS IF Magazine sat down with Richard Butler to discuss his paintings, inspiration and his recent album, Made in Rain. 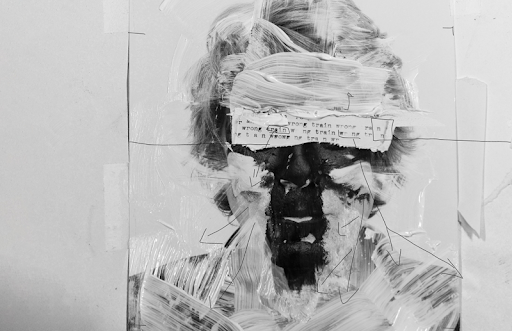 “I can relate more directly and emotionally to a portrait than of a landscape or abstract work—as much as I like that work, I don’t have the same connection as I do with a human being, so I love portraiture for that reason.” 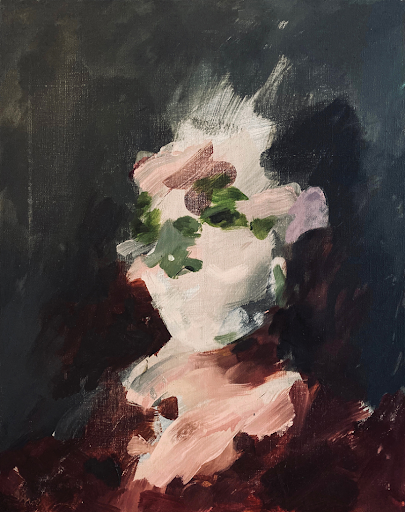