Some on-again-off-again love affairs are truly worth it. Just take fashion designer Rodney Epperson and his namesake label Epperson, which has been a twenty-year whirlwind romance of beautiful moments and long breaks, that recently culminated in a well-received fall/winter 2021 New York Fashion Week collection that debuted on the Council of Fashion Designers of America’s virtual Runway 360 platform.

Last year, the designer won the coveted Rising Star Award from Fashion Group International, a global non-profit organization with over 5000 fashion industry members, which he found funny since he’s been at this for such a long time. At the turn of the millennium he had a shop in New York’s SoHo neighborhood and one in Brooklyn. Throughout the years he met showrooms who picked up his accessories collection, and for years he continued to be in and out of the worlds of retail and fashion, but he never lost sight of the dreams. One of the biggest moments in his career was back during the days of New York Fashion Week at Bryant Park when he staged an impromptu fashion show in front of the venue that got him press from major publications from Harper’s Bazaar to WWD. Ever since the COVID-19 pandemic began ravishing the world, Epperson has been able to shift his focus more toward his fashion collection.

His passion for fashion began when he was a young man growing up in Harlem. His mother instilled a love for the Bible in him, which also inspires his designs.

“I would describe my collections like Bible, in the sense of learning to where what you have,” Epperson said. “My mom raised my family with Bible and what we had were hand me downs. Some people might look down on hand me downs, but for us it was like ‘wow, I can’t wait to wear that.’ With me being more creative, I figured out ways to style it that were a bit more out there. I started doing deconstructed pieces before they were even popular. Fashion’s catching up to where I am, I’m not catching up to fashion.”

Epperson prides himself on being a self-taught designer. When he got his first full collection together, it was picked up by Charivari, a New York City clothing store that was famous for bringing European designers like Azzedine Alaïa, Giorgio Armani, and Jean Paul Gaultier to America. He would later switch to a more made-to-order custom model for his business that found him success.

After years of doing custom designs, he’s amassed quite the clientele list including superstars like Erykah Badu, Alicia Keys, and Patti Label, and his customers range from teenager to seventy-five-year-olds. While some fashion designers are only just hopping on the sustainability train, it has always been key to Epperson’s designs.

“I take a multicultural approach to my clothing, depending on who’s wearing it, the garment could look like it could be wherever they are from,” Epperson said. “I’ve been mixing and reusing vintage pieces to create garments and doing ‘sharp vintage’ as I call it, but that’s been my style and how I’ve been wearing things for so long. I started playing around with other pieces I was designing this way, and then when upcycling became a big word it just applied to my collection.” 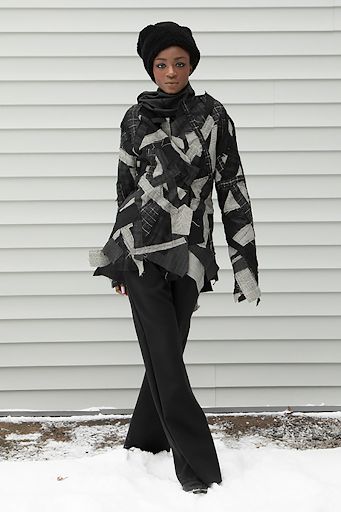 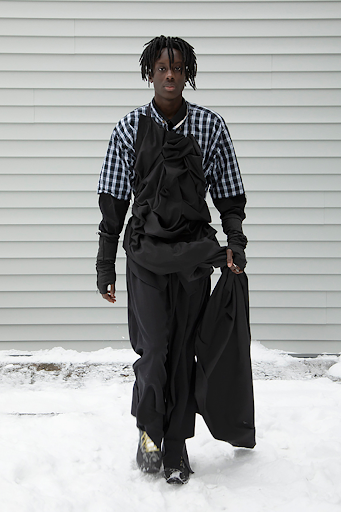 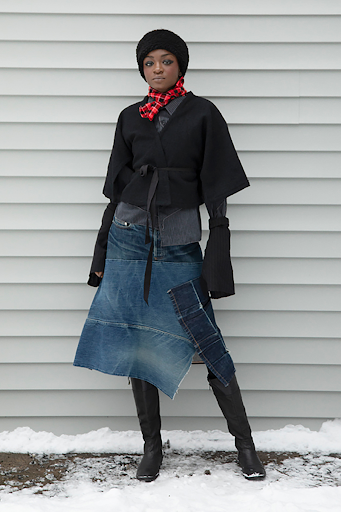 “I would describe my collections like Bible, in the sense of learning to where what you have.”