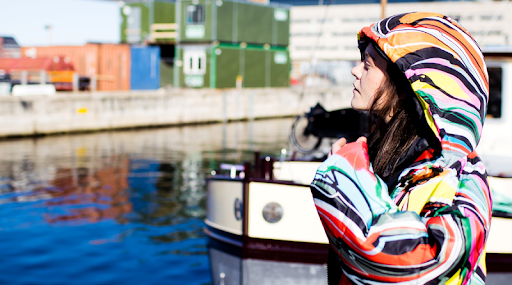 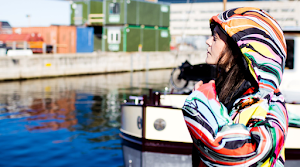 P**** power, the women are in control. At least Sittingsuits and artist Kristian Von Hornsleth seem to think so. The Danish outerwear brand took Von Hornsleth’s 2009 work titled “P**** Power” and collaborated for a limited-edition set of 300 numbered and signed pieces that come with a certificate of authenticity for every piece.

Von Hornsleth’s work is best known for being countercultural in every sense of the term, at once toying with, exploiting, and criticizing popular culture through a defiant attitude to social conformity. Symbolic representation of his name drives Hornsleth’s work. He creates work that questions the nature of publicity and celebrity culture at large. The artist’s name means peacemaker and is often associated with a drive and desire to settle conflicts and create harmony, in addition to being a visionary.

Hornsleth has been described as a cross between Friedrich Nietzsche, Andy Warhol, and Dr. House. The artist prides himself on a certain level of madness in his work, and this collaboration was no exception. There is a controlled chaos to the design of colorful swirls and wild lines. The circular shapes are reminiscent of a woman’s reproductive organs, but only suggestive, never explicit.

The campaign features a model walking by a boat deck, seemingly having the time of her life. Yes, it is still summer right now, and there’s no need for layering, but that’s Sittingsuit's claim to fame. As we start preparing for fall, these coats will come in handy once it’s time for chunky knit sweaters and multiple layers. Layering is one of the smartest alternatives to the puffer jacket or ski jacket, for those who prefer a layered look over a bulky outerwear piece.

Two philosophies in creating help explain the controlled chaos in Hornsleth’s work. The first one named is futility. There’s a certain irony in Hornsleth’s approach to creating impractical things, yet deciding to collaborate with an outerwear brand. Secondly, Hornsleth is also on a quest to create manic representations of his name. The distinct almost “S” like shapes appear in reference to his name and relate to his sporadic painting approach. There is also his name emblazoned on the back, but the S is a $ sign.

To sum up the Sittingsuits and Hornsleth collaboration, the one word is fun. This isn’t just another coat collaboration, that would imply a simplicity that is the antithesis of Hornsleth’s very essence as an artist. Rather, it is the merging of wearing comfortable fashion and art, and the idea of wearable art. As the saying that’s becoming age old now goes, “fashion is the art we live our lives in.” The coat is a maximalist's dream at a time when we want fashion as an escape from the horrors of the world, from war to a polarized political climate.

Sittingsuits is best known for being treated like a wearable sleeping bag, but this collaboration is so much more than that. It is art refined with an oversized coat as a canvas. 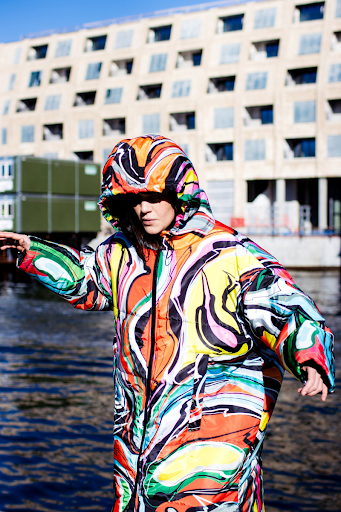 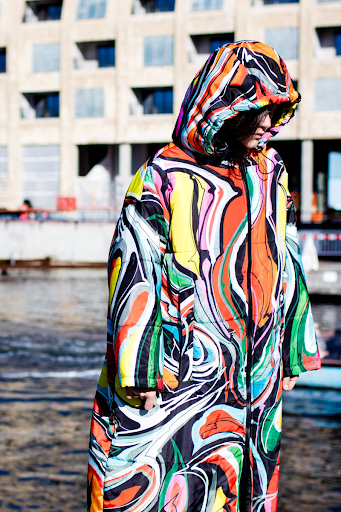 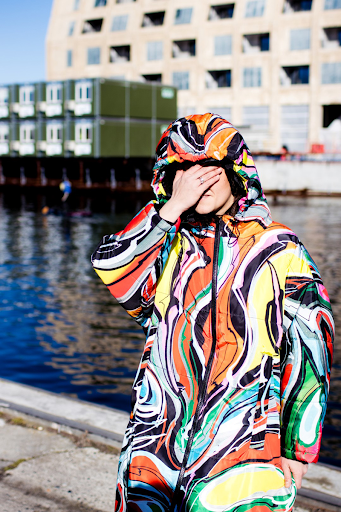 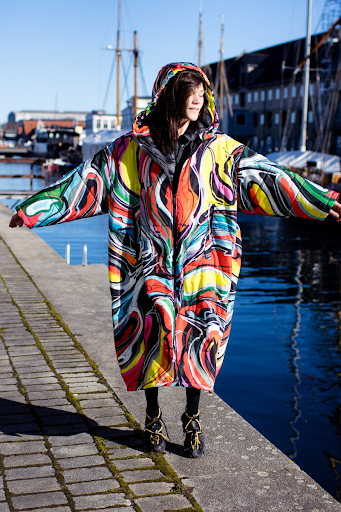