THE STATE OF BLACK OWNED FASHION & BEAUTY BRANDS IN 2021

In the wake of the 2020 civil rights protests following the murder of George Floyd in Minneapolis, Minnesota, the calls for Black equality have been loud, profound and much needed. The police were not the only ones called out for their treatment of Black people, the fashion and beauty industries found themselves with their feet over the fire for their years of lack of diversity among their corporate ranks and representation in ad campaigns and the media.

After decades of ignoring cries for more diversity in fashion and beauty, both industries finally decided to sit down and listen to the concerns of Black employees and patrons on how to better diversify their employment ranks. Needless to say, it was a long time coming, but how are designers fairing and are companies actually putting their money where their mouths are?

Kahindo Mateene, a fashion designer who owns a socially responsible womenswear brand, focuses on working with African artists and artisans. Her mission is to uplift people by paying fair living wages, empowering women, and creating sustainable jobs as a vehicle to end poverty. Her collections are inspired by her Congolese heritage and African upbringing.

Mateene got a big break when she was cast on season 12 of Project Runway, which brought her more press and media exposure, but she says some of the biggest challenges she has faced as a Black designer are financial support and getting media and press coverage.

“I’ve been in the fashion industry for a while, and people have asked me why my brand isn’t bigger, but it’s hard to get in front of the right people in the fashion industry and get their support,” Mateene admitted. “Getting into stores has been a huge challenge for me. I have been lucky enough to get picked up by Rent the Runway, which was a godsend and they’ve really supported me. I was one of the few Black-owned brands signed onto the platform at the time.”

The call for multi-brand retailers to start carrying more Black owned brands led to fashion designer Aurora James of Brother Vellies founding the 15 Percent Pledge, an organization dedicated to seeing 15 percent of shelf space occupied by Black owned brands. To date, retailers including Sephora, Bloomingdales, Moda Operandi, and Kith have taken the pledge. The organization is only in its infancy, but designers like Matenee say they are hopeful for what it will lead to.

“It’s still too early to tell the impact the pledge has had,” Matenee affirmed. “However, it has shed a light on this issue and shows the disparities within the fashion industry. In the past, I had approached buyers from major companies like Saks and Net-a-Porter and got no response, but now I’m finally getting responses and feedback.”

Matenee says to help elevate Black designers, more opportunities for funding need to be made available and they need to be afforded the same press opportunities as their white counterparts. Companies need to also work on diversifying their corporate ranks so there are Black executives helping to make decisions. She does agree things are getting better, although Black designers still face challenges. 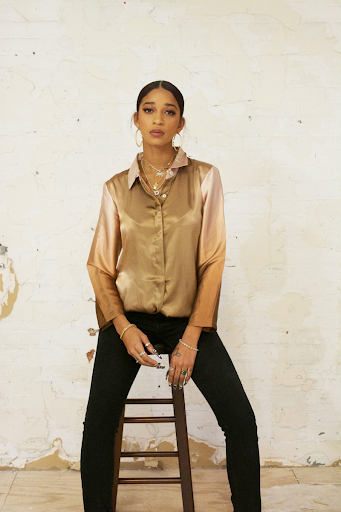 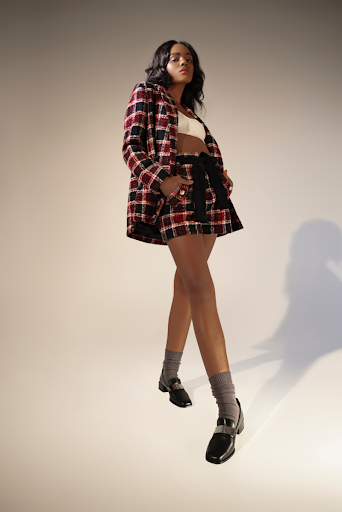 Theresa Ebagua, founder and creative director of Chelsea Paris, found inspiration after the 2020 Black Lives Matter protests and wanted to create a collection that spoke to her truth. She recently had the privilege of being part of Black in Fashion Council and IMG’s showcase during New York Fashion Week. While she’s seeing more opportunities, she’s concerned with being pigeon held in a box as a Black designer.

“I feel like right now the fashion industry has been in reaction mode where everybody is trying to show support for Black designers,” Ebagua proclaimed. “I hope that once the initial hype of the protests and these conversation pass, it won’t just go back to putting Black designers into the box of being a ‘Black designer’, we are just designers and want to see the same opportunities offered to white designers be offered to us as well. I’m hoping that it will eventually become normal that stores and companies appreciate us because of our talent not because of our race.”

Ebagua is focused on doing more direct-to-consumer to grow her business, but she has been approached by retail partners offering her wholesale, which she sees as a good sign of retailers wanting to ensure Black designers are represented. Ebagua says the fashion industry has come a long way since the days of thinking things that came off as “Too Black” wouldn’t sell.

“When I started my brand, an agent I worked with told me that she didn’t think my products were for Black people, she thought my audience was purely white,” Ebagua explained. “She wanted a white person to be the face of my brand because she said I wouldn’t be successful otherwise.”

Ebagua describes the past year as a “genie out of a bottle” moment, but she’s worried it could all be put right back in the lamp. However, she says Black designers are so empowered now and as a collective they believe in each other and the work they do to help each other succeed.

Whitney Michel, founder and creative director of Michel Men, was also a part of the Black in Fashion Council and IMG collective. She originally began her career as a market editor cutting her teeth at GQ Magazine. As a Haitian American, she’s felt she has especially stood out, because throughout the course of her life she has found herself as one of the few Caribbean Americans when she’s been in predominantly Black settings, and one of the few or only people of color in predominantly white settings. With the launch of her Michel Men line, she’s also found herself even more of a minority being a woman who designs menswear. In the wake of the Black Lives Matter protests last year, she’s found more response to her work, although she considers the reason for this to be unfortunate.

“Last year was so incredibly chaotic and emotional,” Michel lamented. “Sometimes I stop and reflect that it’s so tragic how someone had to lose their life for me to be able to have the attention I’ve been getting. Last year, a complete shift happened, I had the privilege of being one of the winners of Harlem Fashion Row and that helped put me in front of buyers. A lot of doors have been knocked down, and now that those doors are open and it’s game on.”

Over the course of her career, Michel also says Black designers have come a long way, even though they have a longer way to go.

“We live in a completely different world than when I got in the industry back when the only Black owned brands were Sean John and Tracy Reese,” Michel articulated. “Now I see so many Black faces pushing brands and getting the cultural recognition they deserve. A decade ago, people would’ve called us urban designers because that’s what they called Black designers, now we are seen as designers. Now, Black designers get to do what we want to do, and we worry less about trying to fit in with everyone else. There’s no need to have a seat at the table, we can build our own table. Our success isn’t left to someone else’s hands anymore, and that shift is permanent, not temporary.” 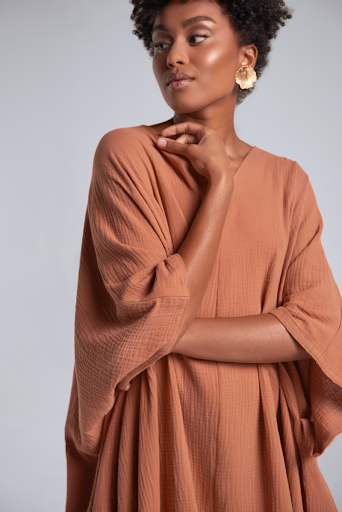