THE RISE OF JENNIFER SEARS

One of the many things I love about Jennifer Sears is that she is an up-and-coming actress in her late 30s. A woman in Hollywood once had an expiration date of 28. Do you remember the media frenzy when the breakout ingénue of the David Lynch film Mulholland Drive was the 32-year-old unheard of actress named Naomi Watts? Woman are proving we have more to say and share the older we get, and Hollywood is finally listening.

Sears, a former law school student, has appeared in small, yet memorial roles in films such as Madea’s Family Reunion, and The Best of Enemies, as well as the memorable character of Tara in the successful OWN TV series Greenleaf. Now Sears can be seen in Coming 2 America with Eddie Murphy, Arsenio Hall, Leslie Jones, Wesley Snipes, James Earl Jones and Tracy Morgan. It’s a big deal for an up-and-coming actress to playing alongside a star-studded cast of scene stealers and comic legends. It takes more than strong acting chops not to be eclipsed by these entertainment titans, and in Coming 2 America Sears manages to be the crème that rises to the top. Intrigued by Sears’ unconventional career and allure, I photographed her in a socially distanced shoot and later interviewed her via phone. I wanted to know how she broke into acting in her 30s, where she developed her comic skills, the experience of being a Black actress in Hollywood today, and where her passions lie. 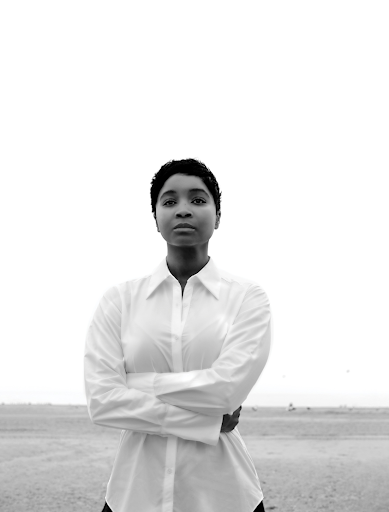 AS IF: You act alongside Eddie Murphy, Arsenio Hall and Tracy Morgan in Coming 2 America which is one of the most iconic comedies of all time, tell me about getting this part and what it meant to you?

Jennifer Sears: Oh my gosh, getting the call that I booked Coming 2 America… just to know that I’m a part of a cult classic, an iconic franchise… I knew this was going to be life changing for me. The original movie is my favorite all time film—everyone who knows me knows that it’s a part of my DNA, it’s a part of my fabric! I quote the lines in my sleep, so this actually meant everything to me. I kept pinching myself on set just thanking God for this opportunity because it was an out of body experience, that’s how special it was.

Tell me about the audition because this was a coveted role by many actresses.(

It was one of those roles that they had been casting for a while. I got the director’s audition session on a Friday and went to set on Monday, so you can understand the urgency to fill this role. It wasn’t the first audition I had for Coming 2 America, my first audition was for a different part. After that initial audition I didn’t hear back and knew I didn’t get the part, but I didn’t give up hope of being a part of this project, because like I said, the original is so dear to my heart and I just knew that working in this film was destined for me. For the role I eventually booked, the director was asking for an actress who has strong improv skills and comedic ability—luckily, I have a background in sketch comedy, so I was in my comfort zone being in scenes with comedic legends who have sketch comedy backgrounds, like Leslie Jones, Eddie Murphy and Tracy Morgan, all from SNL. Sharing a scene with these strong improv legends helped me come to set with my A game. And, of course, sharing a scene with Arsenio Hall means you’ve got to stay on your toes. You never know which direction he’s going to take the scene, so you have to pivot with him and stay on your toes!

Was there a lot of improv involved?

Oh yeah, the script informs you of what’s going on in the scene, but the lines weren’t written, so it was all improv. We just kept building on and building on and saying, Oh, what would happen if we tried it this way, what if you do this and I did that. We collaborated. It was like a beautiful symphony of comedic improv between the cast in that scene.

I heard that Tracy Morgan commented on your comic talent on set.

Yes, after the first take! I’m the type of comedic actress that if you give me freedom to go crazy in the scene I’m going to push the envelope. So, right after my first take Tracy runs on set and says, Jenny, you are soooo funny, who knew you were this funny! I love the fact that you were so comfortable and free to be funny, like you just really pushed it. Keep going, keep going! To have Tracy in my corner cheering me on was very empowering. 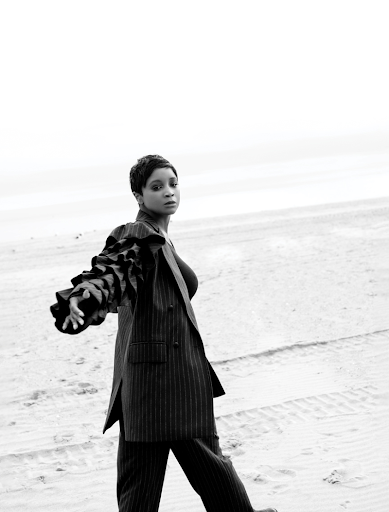 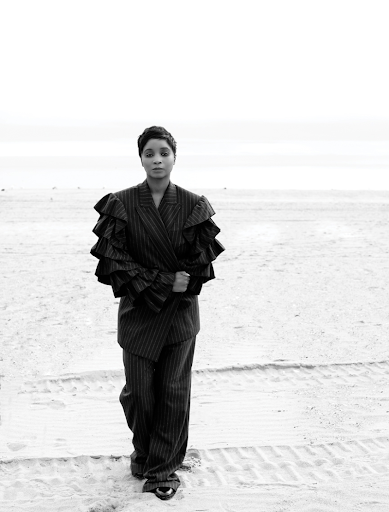 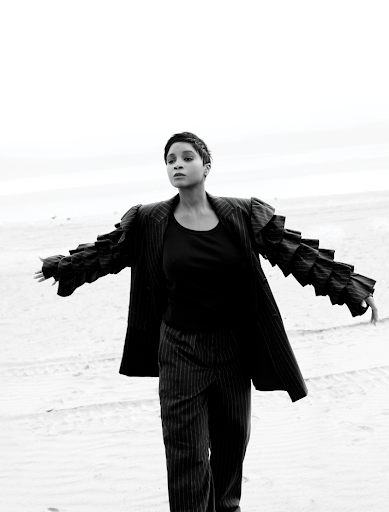