Regardless of what side of the political spectrum you fall on, there is little denying that Donald J. Trump is one of the greatest marketers in American history. He packaged and promoted himself to the American people to land him the most coveted political job in America with zero experience ever holding elected office. Trump has been marketing himself to the American people for years and it was eaten up by everyone from those renting his luxury buildings to the viewers tuning in to watch him on The Apprentice.

Andres Serrano has made a name for himself as an artist known for controversy. One of his most famous works was Piss Christ, a red-tinged photograph of a crucifix submerged in a glass container of what was allegedly the artist’s own urine. He hasn’t lost his sense of controversy since then, and this year he decided to take on the controversial topic of Donald Trump. The Game: All Things Donald Trump is an homage to the years America has spent uplifting, consuming, and obsessing over Trump and the celebrity image he crafted for himself. The man who was supposed to “Make America Great Again”, became the inspiration of Serrano’s next great exhibit.

Serrano’s intention was to do a portrait of Donald Trump based on a thousand objects all bearing the name Trump. The exhibition covered hundreds of magazines, photographs, and items signed by Donald Trump or made for Donald Trump including some of his best known projects like Trump Steaks, Trump Vodka, Trump Shuttle and Trump University. It even included the rotating “EGO” sign from the Trump Taj Mahal Ego Lounge which measures 11 feet tall.

The exhibit proved to be very jarring to many, with some taking it as a glorification of Trumpism, but oh it was far from that. Rather, it was a critique on consumer culture and how one single rich man became so intertwined in the mindsets of Americans that he could catapult himself to becoming the most powerful figurehead in the world. “You can never predict how people will react, but the reaction has been great,” Serrano said. “Some people have said they don’t like Trump, but they like the show, whereas others said they like them both.” 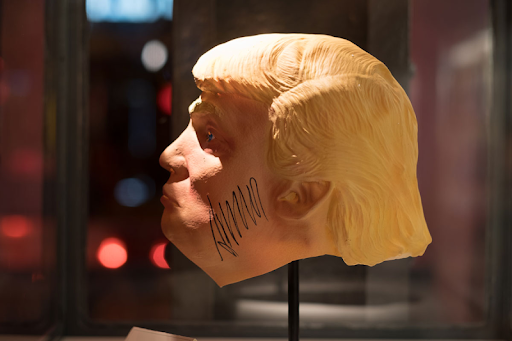 The Game: All Things Trump. Multi-media installation by Andres Serrano. Images Courtesy of a/political and ArtX. Photo by John Mireles

“Donald Trump spent his entire life cultivating America, studying her, courting her, and milking her before finally making her his.”

Despite the obviously heavy political tones to the exhibit, Serrano made it clear that this was not a response to the 2016 election, but a response to Donald Trump in general. “If you go through some of the contents of this exhibition, you’ll see that some of the earliest items date from the 1980’s,” Serrano said. “Donald Trump spent his entire life cultivating America, studying her, courting her, and milking her before finally making her his.”

Curating the nearly endless number of objects that came to makeup the exhibit proved easier than one would think. Serrano actually bought them all on eBay, spending several hours a day searching for things he knew he would never see again.

The exhibit was a collaboration between Serrano, ArtX and a/political, whom Serrano first worked with back in 2015 with his Torture series. A/political helped him produce and showcase that exhibition, which he spent three months in Europe working on. “I was very happy when a/political told me they found a space called ArtX to show The Game: All Things Trump,” Serrano said. “In addition to introducing me to ArtX, a/political helped with mounting and producing this exhibition which was a monumental task. More than a dozen people were involved in all aspects of the exhibition including getting the space ready for the show. It felt like we were doing a theatrical production more than an exhibition. ArtX has been a marvel to work with. They let me do everything I wanted to. I always conceived of this show with a soundtrack, a playlist of rock 'n roll classics from the sixties, seventies and eighties. I remember when ArtX was Lotus, the great supper club West 14th Street. Everything came together at ArtX and makes sense.” 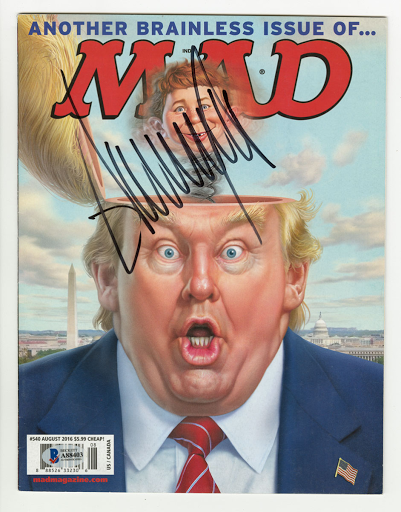 The grand cost of all the objects procured totaled $200,000. Walking into this exhibit was like walking into a Trump department store (not like he needs any post-presidential business ideas), with the artifacts installed in a museological approach, carefully catalogued and labeled as the items in any natural history museum. In a way, it also is a linear outline of the culture wars going on in America from political differences to classism.

“I know the ‘culture wars’ of 1989 that began with the condemnation of Piss Christ in Congress and went on to include Robert Mapplethorpe and the NEA 4,” Serrano said. “[In the] new culture war, people, rather than art, are at take. A lot of people feel this cultural and political divide America is facing is not what America is all about. They think back to a picture of a rosier America where all men, women and children were free to dream The American Dream. Maybe this America never existed and we’re coming to terms with that.”

If there is one thing about American culture that has remain virtually unchanged, yet has adapted, it’s the culture of consumerism. “Donald Trump is a master of media consumption,” Serrano said. “For decades he played the press like a fiddle. They were all happy to dance with him and play his song. The same with companies like Coca-Cola, Seven-Up and many others who were very happy to do joint ventures with Donald Trump. This is not to say they were wrong to do business with him but only to show the extent of his reach and their complicity. Maybe the question should not be ‘how did we get here’ but ‘what took us so long?’”

Aside from the issues of consumerism here with this exhibit, viewers should also take away the idea of meaning and authenticity behind Trump’s politics. He’s a man who means what he says and always tries to get his way. Also, like many of us, Trump decided to define himself by his possessions. As people, we judge ourselves by things we own and we judge others by what they have, and Donald Trump decided a long time ago he wanted it all.

The Game: All Things Trump runs until June 9. The exhibit is open to the public at 409 West 14th Street.

The Game: All Things Trump. Multi-media installation by Andres Serrano. Images Courtesy of a/political and ArtX. Photo by John Mireles 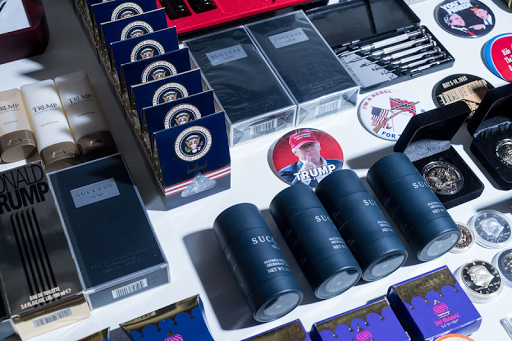 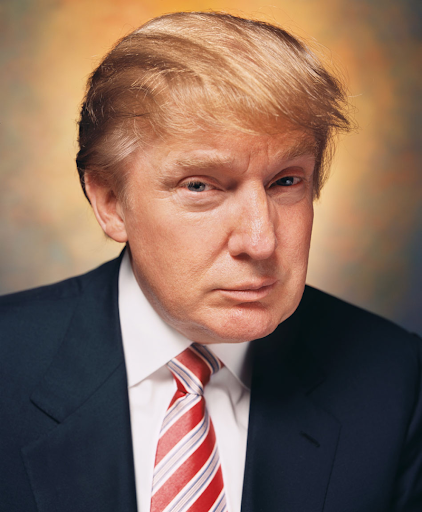 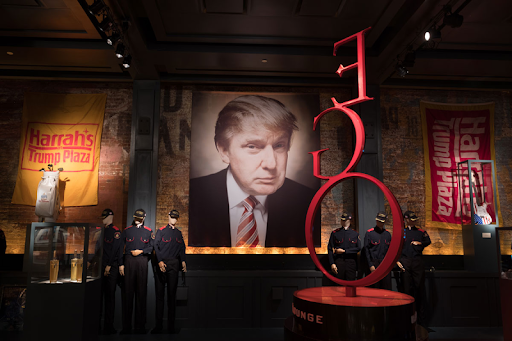 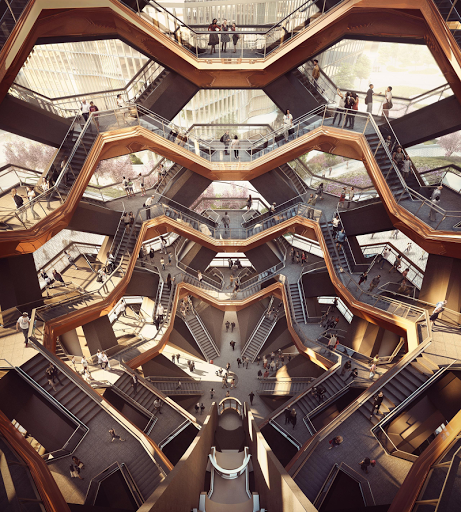 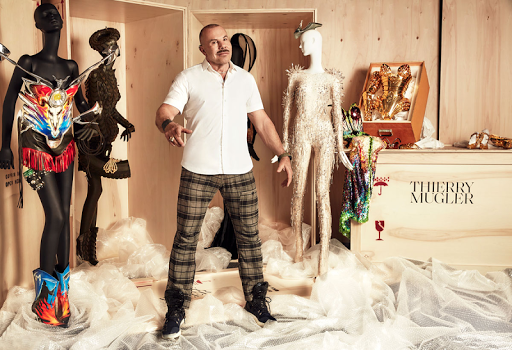 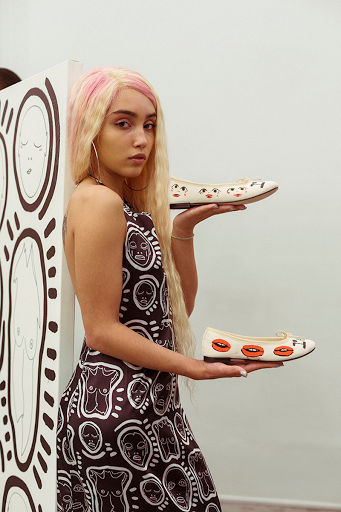